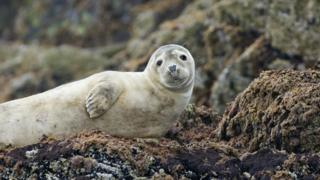 Autumn sees the start of pupping season for seals living along Britain's coastlines.

Our waters are home to both grey and common seals - also known as harbour seals - and populations are thriving.

But stormy weather at this time of year can cause problems for seal colonies and vulnerable pups can easily become separated from their mothers.

The RSPCA say the growing seal population is causing rescue centres to be more stretched than ever, with higher numbers of lost pups needing help.

Rescue facilities are limited and there are only a handful of places in the UK that have the specialist skills to care for these animals.

The coronavirus pandemic is also having a big impact.

Caring for the pups is expensive and wildlife rescue centres rely on financial donations and volunteers to help get the little creatures back to full health.

Lee Stewart, Manager at RSPCA Stapeley Grange Wildlife Centre said: "This year's been particularly difficult, we're struggling financially, but struggling for the numbers of volunteers we can have on site, so it's been a strain on the team." 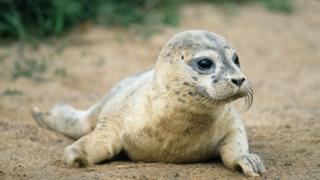 Getty Images
Common seals, like this one, can live for up to 35 years

What is the difference between a grey and a common seal pup?

They also have bigger and longer heads than common seals.

What should you do if you spot a seal pup needing help?

A seal pup on a beach by itself is not always a cause for concern, as mothers leave their pups alone very early on in their lives.

If the pup seems fit and healthy and does not look distressed, it is a good idea to monitor it for 24 hours, as pups are sometimes taken to rescue centres by mistake.

Lee says: "The majority of the time, they are not actually orphaned and their mum is just around the corner."

Getty Images
Common seals, like this one, can live for up to 35 years

It is important not to get too close, seals can be easily upset by humans and other animals, and can also be dangerous.

"Please think twice before stepping in to help, they may look cute, but have a ferocious bite, and we would recommend that you keep your distance from them," said Lee.

He added: "Also keep your dogs on a lead so you don't stress the seal pup out."

If you are concerned, the RSPCA recommend asking an adult that you trust to contact them or the British Divers Marine Life Rescue.