Nasa's ten-second mission on the Bennu asteroid has been a success.

Radio signals from 330 million km away confirmed the probe made contact with the 500m-wide object.

The aim was to collect 60g of material but Nasa will have to wait a bit longer to see what Osiris-Rex actually picked up.

Scientists say that the grit and dust collected from Bennu could unlock all sorts of secrets from the universe, as it may reveal details about how the Sun and the planets came into existence, more than 4.5 billion years ago.

Got space for more?

How to see Jupiter, Saturn and a Half-Moon make a triangle 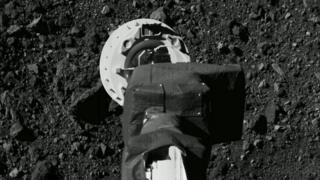 "This was an incredible feat - and today we've advanced both science and engineering and our prospects for future missions to study these mysterious ancient storytellers of the solar system," said Thomas Zurbuchen, Nasa's associate administrator for science.

"This was the key milestone of this mission. Now it's a few days to figure out how much of this amazing sample we got that we've been thinking about for decades".

If there is a suitable sample safely aboard, the probe will be able to package it up ahead of the mission's return to Earth.

Nasa launched Osiris-Rex into space in 2016, with it finally arriving at Bennu in December 2018. After two years orbiting the asteroid it was finally ready to pounce.

The spacecraft operators on Earth gave Osiris-Rex instructions for the mission.

They involved taking a four-hour detour from its orbit to just above the asteroid's surface.

Then an 11ft arm reached out and touched the asteroid in the hope it grabbed those materials. Officially called the Touch-and-Go Sample Acquisition Mechanism, or Tag-Sam, this device is a long boom with a ring-shaped collection chamber on the end. 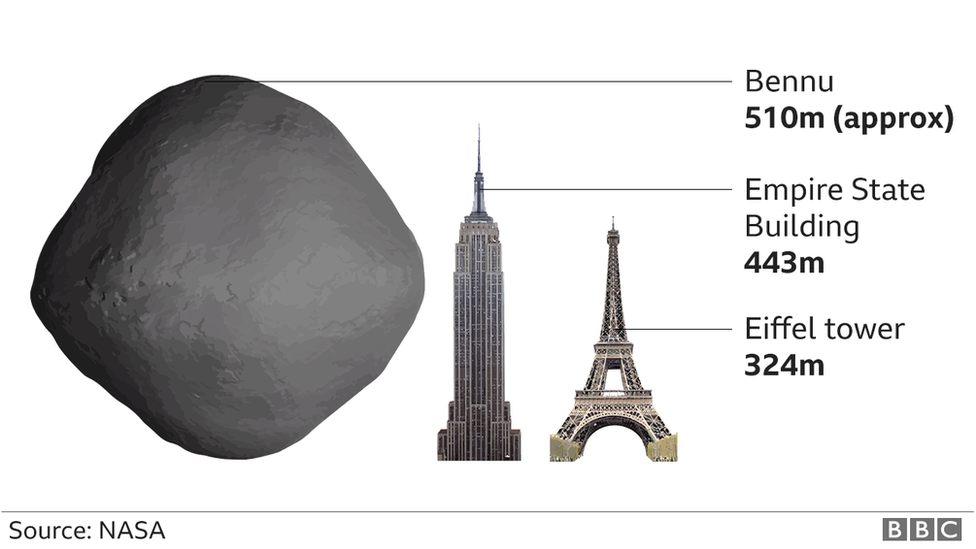 This is roughly how big Bennu is! It is really rather big.

Sensors on Osiris-Rex reported back to mission controllers that all the actions in the sampling sequence had been completed, and that the spacecraft had backed away from Bennu as planned after a few seconds of contact.

The spacecraft is scheduled to return to Earth in 2023, when it will parachute into Utah's desert, in the United States.