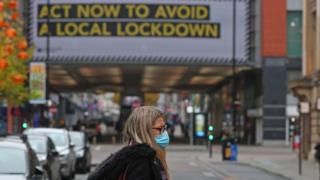 Greater Manchester has been put into Tier 3 lockdown by the government following a rise in coronavirus cases.

The "very high" alert level - also known as Tier 3 - means places like pubs and leisure centres have to close and people are advised not to leave the area.

As well as this, households are not allowed to meet up with other households unless they are in a support bubble.

However, schools, universities and places like shops on the high-street will be allowed to stay open.

Prime Minister, Boris Johnson, said in a press conference that restrictions will begin from Friday.

Everything you need to know about coronavirus:

What does Tier 3 mean for Liverpool and the nearby area

The decision to move Manchester into the highest tier has been controversial.

Boris Johnson said that Manchester needed to go into the highest level of restrictions, but the Mayor of Greater Manchester Andy Burnham said that, instead, there should be a short lockdown covering the whole of England.

The Mayor also wanted the government to provide more financial support to people who are going to be forced out of work by the changes. He said that without more money, people in the region would have a very hard time this winter. 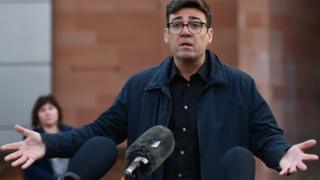 He has argued that the level of financial support offered by the government to people who work in places like pubs and leisure centres hasn't been enough.

But the Prime Minister said he had offered money and that Manchester needed to have more restrictions now to save lives.

This disagreement has meant that the government has had to force the restrictions on Greater Manchester, without the support of local leaders.

The government say they will give Greater Manchester £22 million in financial support, but this is less than what was requested by local leadership in the region.

On the inability to agree a support package, Mr Johnson said: "I do regret this. As I said last week, we would have a better chance of defeating the virus if we work together." 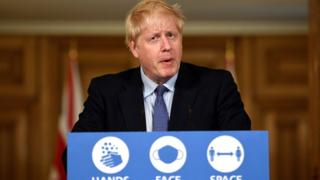 The restrictions - which come in from midnight on Thursday 22 October - are going to be reviewed after 28 days.

Coronavirus: Why are politicians arguing about Greater Manchester?

What does Tier 3 mean for Liverpool and the nearby area