Spider-Man: Could there be THREE Spider-Men in the next movie? 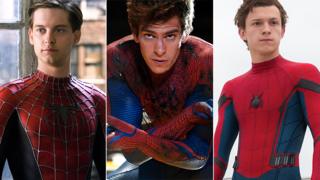 Could the Spider-Verse be coming to the next live action Spider-Man film?

Well if that has got your Spidey-senses tingling, there are reports in America that the two previous actors to wear the cobwebbed suit could be making a new appearance.

According to the Fandomwire site, there are talks between the movie company Sony - who are making the next Spider-Man film - and the actors Andrew Garfield and Toby Maguire, who were the last two actors to take on the role of Peter Parker.

The idea is they could join Tom Holland in the new film. Sony aren't giving much away. "Those rumoured castings are not confirmed," they said. But that's not a definite no!

So we'd like to know what YOU think of the idea? Join in our vote and let us know in the comments below.

Spider-Man: Into the Spider-Verse sequel confirmed! 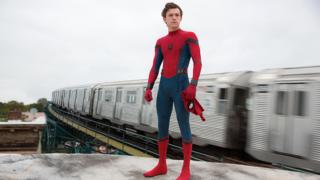 The success of the Spider-Verse films shows that plenty of people loved the idea of multiple Spider-Men.

Fans are already suggesting that Dr Strange could be involved, which could lead to some serious mind-bending action to explain how it could happen.