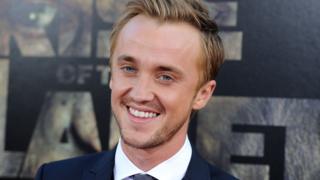 That's right, all you Potterheads can dust off your dress robes and dig out your cauldron and wand from the attic, because Harry Potter star Tom Felton is hoping to reunite the HP gang for a REUNION!

Speaking with Entertainment Tonight, the Draco Malfoy actor revealed he is trying to set up a digital celebration to mark the 19-year anniversary of the first film on 14 November.

Are you ready for this level of wizarding excitement?!

What character do you NEED to see at the reunion? Let us know in the comments below. 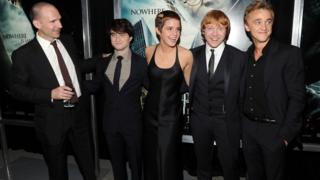 Felton said: "I saw the Weasley twins the other day. We went out to play some golf. Always chatting with a lot of the other guys on WhatsApp and staying in touch with them and making sure everything's alright."

"It's been nice because it's the 19-year anniversary on November 14, so I'm planning some sort of digital celebration… I'm trying to wrangle all the oldies back together again to celebrate the achievement really."

Also in the interview, Felton spoke of his appreciation for Malfoy: "He's great. He has so many layers, he's misunderstood," he said. "He needs a hug really. I think maybe people feel sorry for him, he needs a bit of affection."

Stay tuned for further updates on this magical celebration!

We asked kids what they love about the Harry Potter books

102 comments
Back to top
unknown

YOUR questions answered about the US Presidential inauguration

Would you eat food made from algae to help the planet?