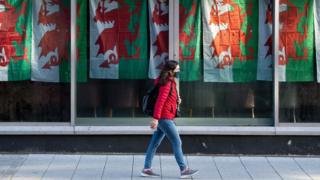 People living in areas in England, Scotland and Northern Ireland with high levels of coronavirus are to be banned from visiting Wales.

Wales' First Minister Mark Drakeford said the decision was needed "to prevent the spread of infection within Wales," and elsewhere in the UK.

It follows reports of a disagreement between politicians in Wales and Scotland with Prime Minister Boris Johnson over whether parts of England should have travel restrictions.

The rule will come into force on Friday at 6pm.

What else has been said? 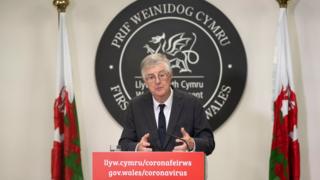 Wales' First Minister Mark Drakeford had written to Boris Johnson asking for travel to be restricted in and out of areas with high rates of coronavirus in England.

The UK government has refused to do so, instead asking people in the worst affected areas to avoid non-essential travel.

Mr Drakeford said he had received a "formal response" from the prime minister.

He said he has made the decision because "evidence from public health professionals suggests coronavirus is moving from east to west across the UK and across Wales" and that the new regulations are "to protect the health of people in Wales".

Covid: Northern Ireland schools to close for two weeks over half term