School closures: Numbers of schools partly closing due to coronavirus is rising 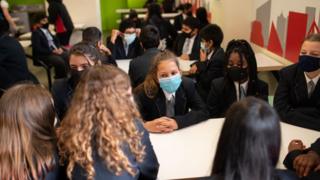 The number of pupils being sent home from schools to self-isolate because of coronavirus is on the rise.

That's according to official figures from the Department of Education which show that the number of secondary schools not fully open in England has more than doubled in the past month.

One in five (21%) of secondary schools counted as not fully open - up from 18% the previous week and 8% in mid-September.

Despite this, the number of schools in England that are closed completely is very low, at just 0.2%.

Have you been affected by classes being sent home? Take part in our vote and leave us a comment below!

Why are schools not fully open?

This is usually because they have sent home pupils in response to coronavirus cases.

Often at schools, to help with social distancing, classes or even year groups are in a bubble.

So when someone has a positive test, the guidance from the government is that anyone who has been in close contact with that person has to self-isolate. That could be a pupil or a member of staff. 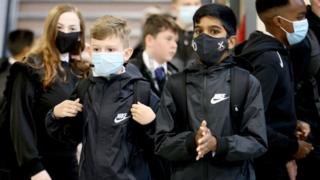 These figures of pupils being send home are the highest since schools went back following the summer holidays.

Geoff Barton, leader of the head teachers' group the ASCL Union, said the continuing fall in the number of fully open secondary schools showed how difficult it was to "operate amidst rising... infection rates". 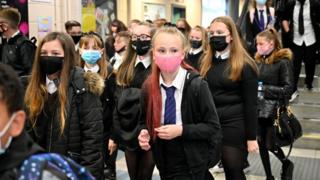 He says schools are having to balance managing complicated safety measures in school buildings while "delivering education for those in school as well as those who are at home self-isolating."

England's Education Secretary Gavin Williamson said schools were able to provide more online lessons and "only a small minority of pupils are self isolating".

"It is encouraging to see the vast majority of schools are open," he added.

Virtual high school tours: Are they working for you?

114 comments
Back to top
unknown