Check out these animals helping other animals 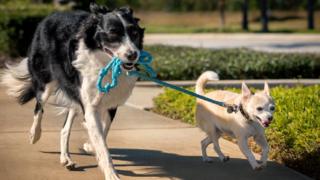 We all need a helping hand sometimes, even animals.

From dogs helping red squirrels, to alpacas guarding turkeys, we've got a top list of super animals helping other animals in need.

How animals are helping to cheer people up 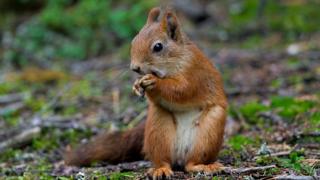 Red squirrels are in need and six-year-old Springer spaniel Rufus is here to help. He he has been working to look after declining red squirrels in Northern Ireland.

Rufus works with a team who are trying to protect red squirrels from squirrel pox, which is a disease that could make red squirrels extinct in the next 10 years.

He has a great sense of smell and vision which means he can spot red squirrels faster than a human can. This then helps conservationists to sanitise squirrel feeders and set up camera to monitor the squirrels.

Rufus' owner Caroline Finlay told The Times newspaper: "Now we're hoping to train a couple more dogs to get them to Rufus's level so that we have a little team of them helping out. For us it's about saving the red squirrel population and Rufus is helping us an awful lot with that." 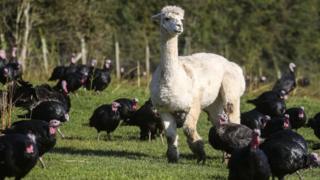 A farm has enlisted the help of alpacas to look after their turkeys.

Foxes have attacked the turkeys on the farm and so the farmer came up with the idea to bring in alpacas to protect them.

The alpacas are perfect for the job because they get on well with turkeys but they drive away foxes. 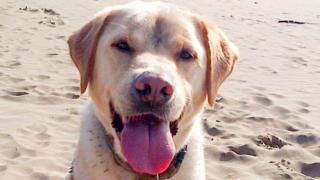 Stumpy the white Labrador has spent his life donating blood to help other dogs.

During that time he's saved a record 120 dogs' lives.

I'm really pleased Stumpy has been able to help so many other dogs in this way and am so proud of him. I'm sure if he knew, he would feel the same way too

Stumpy was originally destined to be a guide dog but, because he was born with legs that were too short, he was retired from the programme.