How to make your cat love you 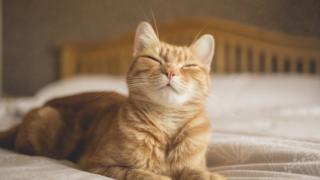 If you own a moggy, you'll know they can have some serious cat-titude!

It might feel like they often do their own thing and ignore you unless food is being offered.

But now researchers have worked out that narrowing your eyes and squinting might make your feline more friendly.

Is this the world's worst cat?

A happy look back at Grumpy Cat

Are dogs better than cats?

Scientists at the universities of Portsmouth and Sussex found that squinting or a 'slow blink' basically copies the face a cat makes, known as a 'cat smile'. When people copy this behaviour it forms a bond between the person and cat.

"As someone who has both studied animal behaviour and is a cat owner, it's great to be able to show that cats and humans can communicate in this way," said Professor Karen McComb, from the University of Sussex.

It is something you can try yourself with your own cat at home, or with cats you meet in the street.

"It's a great way of enhancing the bond you have with cats," said Professor McComb.

"Try narrowing your eyes at them as you would in a relaxed smile, followed by closing your eyes for a couple of seconds. You'll find they respond in the same way themselves and you can start a sort of conversation." 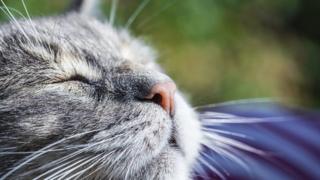 Dr Tasmin Humphrey, an animal behaviour scientist at the University of Sussex, also worked on the study. She explained that there could be a number of reasons why cats slow blink.

"In terms of why cats behave in this way, it could be argued that cats developed the slow blink behaviours because humans perceived slow blinking as positive.

"Cats may have learned that humans reward them for responding to slow blinking. It is also possible that slow blinking in cats began as a way to interrupt an unbroken stare, which is potentially threatening in social interaction," she said.

It's hoped the research will help to better understand cat behaviour and their mood, for example when they have to go to the vets or if they live in rescue centres.

"Our findings could potentially be used to assess the welfare of cats in a variety of settings, including veterinary practices and shelters," Dr Humphrey added.