Food Waste: What is it and how does it affect the environment? 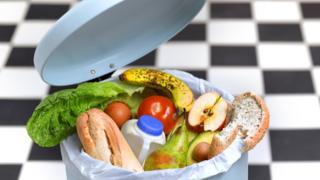 When we think about climate change and which things are doing the most damage to our planet what do we think of?

Well what about wasted food? According to lots of experts we don't really think enough about all the food we throw away.

Food can be delicious, whether it's chocolate or a roast dinner most of us enjoy sitting down together to eat. It's also very important, we need it to grow, live and survive.

But food takes months to grow before then being delivered to shops for us. This process uses a lot of water, energy and transport to get it to our plates.

But if we waste food, not only does that waste money it also has a big impact on our environment.

Video: Find out why we waste food

Can supermarkets be zero waste? 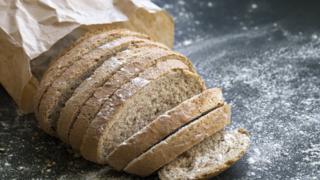 Did you know that every day we waste 20 million slices of bread, this creates greenhouse gas emissions equivalent to over 140,000 cars every year!

That's according to research by Waste and Resources Action Programme (WRAP) a charity which works with businesses, communities and people to help reduce waste and use resources in an efficient way.

Let's find out more about what food waste is and how it affects our environment.

What is food waste? 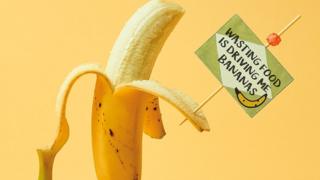 Food waste is food that we don't eat.

The rest is inedible, things we can't eat like teabags, eggshells, and bones.

Wrap says that the amount of edible food wasted in the UK could fill eight Wembley Stadiums. 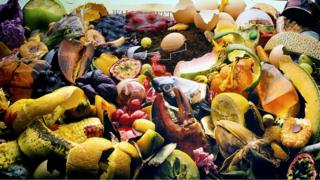 The process of getting food on our plates takes a lot of time and resources such as water, energy, and transportation.

Transportation of food and rotting food can produce greenhouse gases which are damaging to the environment.

By shopping in small local shops or growing your own vegetables this helps to reduce your food miles - meaning your food hasn't travelled far so less fuel has been used and this is better for air pollution.

Question: Do you know where most of the food waste in the UK comes from?

(Scroll further down this page for the answer) 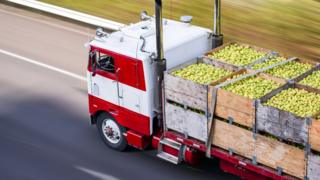 If global food waste were a country, it would come third for greenhouse gas emissions, after China and the USA.

Although food waste is a big problem, it is an easy way to help climate change.

The United Nations has set a target of halving world food waste by 2030.

The UK government has promised to reduce food waste by 20% by 2025 and has offered £1.15 million of funding for businesses to come up with ways to tackle food waste.

The UK is a proud world leader in tackling food waste, owing in part to the innovation and creativity of many organisations across the UK - from educating the public on food waste in our homes, to making our supply chains greener.

What about the supermarkets? 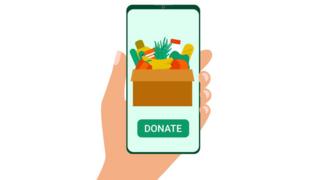 Supermarkets get a lot of criticism for the way they present and sell food, use sell-by dates and reject fruit and veg that doesn't look quite right.

However, some of them are also doing things to try to cut waste.

In September Tesco became the first major supermarket to team up with Olio, a food sharing app, to help stop extra food going to waste in the UK. The Olio app helps people give away food and household items to neighbours for free.

Olio volunteers will visit Tesco to collect surplus food which is near it's sell-by date and then post the items on the app for people and community groups to collect.

Answer: Do you know where most of the food waste in the UK comes from?

70% of UK food waste comes from our homes.

There are also charities such as FareShare which help give people access to food that supermarkets have but can't sell anymore,

Supermarkets like ASDA and Waitrose team up with FareShare so any extra food they have can can be given away to those who need it, which means people won't go hungry and food isn't wasted. 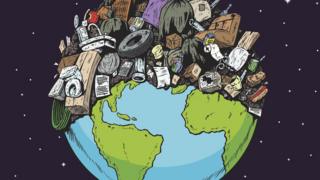 Getty Images
How can YOU help?

We've heard about what the UK government, charities and businesses are all working to help reduce food waste so they can protect the planet.

But what about you?

WRAP have given some suggestions on what you could do at home to help.

Let us know in the comments what you think. Did you know food waste has such an impact on the environment? Will you try these tips to reduce your food waste?

Comments: How much food do you waste?

Zero Waste Week: How can you help the planet?