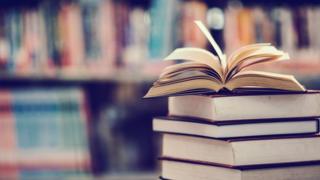 It's estimated that 400,000 children in the UK don't own any books - but a new project has been set up to try and change that.

It's been launched by international charity - the World Literacy Foundation - which works in the UK, US, Africa, South America and Australia, with the aim of ending illiteracy by 2040.

What does illiteracy mean?

If someone is described as illiterate it means they can't read or write.

It's being launched across the country this week to help children in disadvantaged areas access books more easily and "discover the joy of reading".

Publishers, authors and bookstore owners are also being asked to help out, by donating books that can then be given to kids in areas where children generally have fewer books at home.

Caroline Burkie, National Manager of UK Reads, said that currently, 8.5 million UK adults "struggle to read or write a single sentence" and "three out of 10 children in the UK do not own a single book".

Those behind the project say the impact of coronavirus and remote learning, mean that the gap between children who can access books and those who can't, has been growing even more.

What books have you been reading during lockdown? 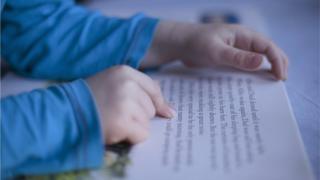 The organisation says giving help with reading is very important when children are young, because they will then have these reading and writing skills when they are grown-up.

Ms Burkie said: "It is the mission of UK Reads to get fun and suitable books into the hands of kids who are most at risk and support new parents to be their children's first teacher."

Researchers used to think that how well children did in school was mostly connected with their parent's educational achievements.

But now a study looking at children all over the world over 20 years, has said the biggest factor is the number of books they have at home.

It also impacts how likely children are to get a well paid job when they're older.

Ms Burkie said: "We know the exposure to reading, letters or sounds from birth is critical for future success.

"UK Reads is simply about putting books into the hands of kids who really need help."

World Book Day: Children aren't reading as much as they used to

Michael Morpurgo: All children should be read stories in class

BBC 500 Words: Some writing tips as competition is launched