Mars to shine its brightest in nearly 20 years tonight! 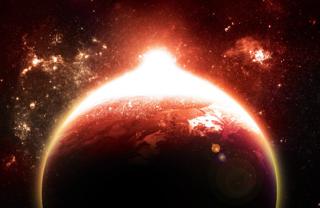 Getty Images
Mars is home to the highest mountain in our solar system - a volcano called Olympus Mons. It is 24 kilometres high, about three times the height of Mount Everest.

Mars is set to be its most visible in nearly 20 years!

On Tuesday, 13 October, you'll be able to see Mars at its brightest.

It's predicted it won't be as bright as this again until 2035 - so make sure you take a look!

Got space for more?

The ancient rivers found on Mars 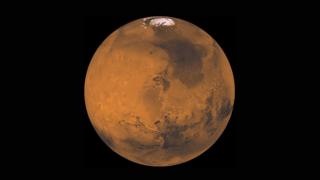 NASA
Why is it happening?

Mars will be closer to Earth than it has been in the last two years. Earth passes directly between the Sun and Mars once every 26 months. This means Mars will be in 'opposition'.

This opposition will be extra special due to the orbits of Earth and Mars lining up to be at their closest to each other.

According to Nasa when this happens, the minimum distance from Earth to Mars is about 33.9 million miles (54.6 million kilometers). However, that doesn't happen very often.

Nasa has said that the position that Mars will be in, means people from Earth will be seeing an 'effectively full Mars.' This will be the best chance to see our next door neighbour in the solar system in nearly 20 years! 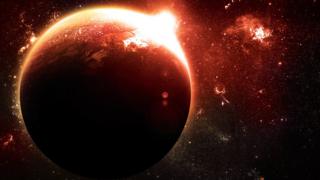 Getty Images
Mars can get pretty cold at its poles it can be as cold as -140°C
When is the best time to see Mars?

You'll be able to look for Mars, when the Sun is setting. As the Sun sets, Mars will rise, and Mars will set as the Sun rises. You don't have to be a professional star gazer to see it either.

It won't be as bright as the Moon, but you should be able to look up and, if you are looking in the right place - spot it 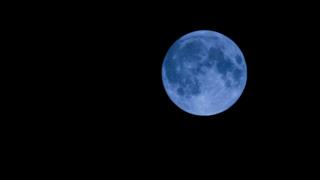 Getty Images
Did you know - a blue moon isn't actually blue, it's just the name given to the third full moon in a month. A moon this blue would be pretty cool though!

October is set to be quite the month for spotting things in the sky. There's a full moon and a blue moon on Halloween to look out for too.

Will you be looking out for Mars, do you star gaze? Tell us all about it in the comments below!