Cineworld will close 663 UK and US cinemas 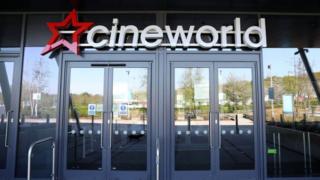 Cineworld has announced it will close all of its cinemas in the UK and US.

In total - 663 cinemas will shut from Thursday 8 October, with no official date on when they might re-open again.

Cineworld boss Mooky Greidinger said they "cannot underscore enough how difficult this decision was" and that it was "not a decision we made lightly". 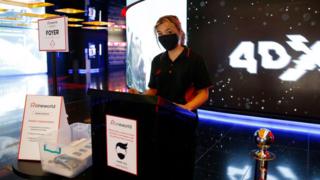 Cinemas were able to re-open again in the UK from 4 July, after closing because of coronavirus, and Cineworld re-opened its doors on 31 July.

"We did everything in our power to support safe and sustainable reopenings in all of our markets," said Mr Greidinger.

One reason for the closures could be because there hasn't been a big new film release in cinemas since August.

With the news that the release of the latest James Bond film has been delayed until April 2021, it means that many cinemas just don't have any new releases to draw in the fans.

"Cineworld will continue to monitor the situation closely and will communicate any future plans to resume operations in these markets at the appropriate time, when key markets have more concrete guidance on their reopening status and, in turn, studios are able to bring their pipeline of major releases back to the big screen," said Mr Greidinger.

Meanwhile Odeon has announced that it will be switching to weekend-only opening at a quarter of its cinemas.

The cinema chain owned by AMC announced it will close 30 cinemas from Monday to Thursday "for the time being" because of the impact of coronavirus.

Odeon emailed loyalty customers to notify them of the change explaining that from Friday 9 October it was temporarily reducing opening hours at some cinemas "in light of the ongoing delays to the release of many new films".

Prime Minister Boris Johnson has urged people to go to the cinema to help keep them open.

He said he would "encourage people to go out to the cinema, enjoy themselves and support" movie theatres.