Walk to School Week: Half of parents want car-free zones 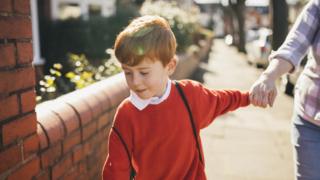 A new survey has revealed that half of parents want car-free zones outside schools.

The research has been done for the charity, Living Streets, which promotes walking as the "natural choice for everyday local journeys".

Its survey also found that the majority (60%) of mums and dads with kids aged between four and 18 years old want safer crossings, and around half (49%) want pavement parking to be banned.

It's as kids across the UK are being encouraged to walk, cycle or scoot to school as part of the charity's Walk to School Week five-day challenge between 5-9 October.

Birds to enjoy during a daily walk

Road safety week: Make sure you are safe on the road 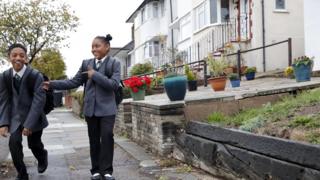 The poll also looked at the benefits of walking to school.

Many parents (88%) thought the best thing about it was the chance for kids to get fitter, while 84% like it for getting fresh air.

Around three quarters are fans because it's free and it reduces congestion caused by vehicles and traffic at drop-off and pick-up.

Last week the Department for Transport announced £1million of funding to support children to walk to school - which includes 300 additional schools taking part in Walk to School Week.

However, the latest government figures show that less than half of children (41%) aged between five and 16 usually walked to school in 2019. Only 3% of children usually cycled to school.

If you walk to school, we want to know what you think is the best thing about it.

Whether you like getting some fresh air, spending time with your friends or doing your bit to help the environment and reducing air pollution.

If you can't see this vote, try here.

VOTE: Should drivers be banned from parking on pavements?

How road safety savvy are you?