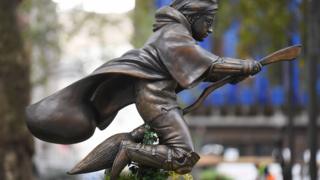 A life-size statue of Daniel Radcliffe, as fictional wizard Harry Potter, has just been unveiled in London's Leicester Square.

It shows the moment Harry first took flight on his Nimbus 2000 broom over the Hogwarts quidditch pitch in the first film, Harry Potter And The Philosopher's Stone.

Leicester Square in London is famous for hosting big film premieres and this statue is close to where the first of the Harry Potter films had its world premiere back in November 2001.

This Harry Potter book sold for a fortune! 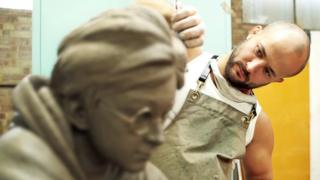 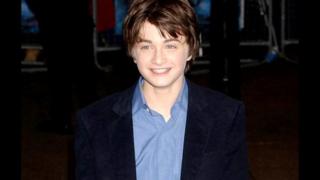 PA Media
Here's Daniel Radcliffe, the actor who played Harry Potter arriving at the premiere in 2001!

The statue is the latest in a set of famous film characters from the past 100 years to be put up in the square. Others include include Paddington Bear, Mary Poppins and Batman, all forming part of a trail. 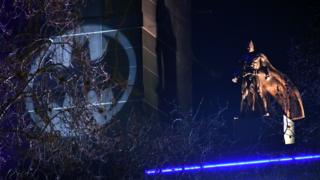 Nils Jorgensen/PinPep
Other sculptures were put up in February

Leicester Square, in London, had its first cinema in 1930, with the first premiere taking place there in 1937. It often hosts big film events. 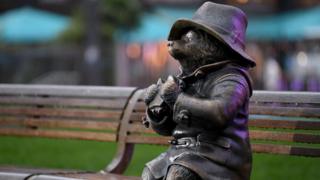 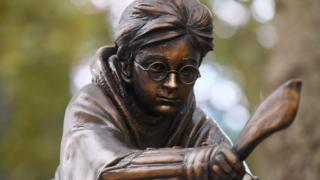 EPA
Harry on his broomstick