Stricter lockdown rules have been introduced in parts of the north 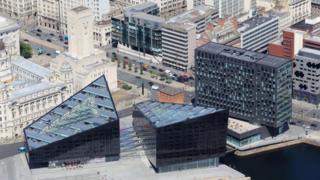 RIBA Collections / Jonathan Webb
People living in Liverpool, along with those in Warrington, Hartlepool and Middlesbrough will no longer be able to mix with other households.

Stricter lockdown rules have been introduced in parts of the north of England to help curb the spread of the coronavirus.

People living in Liverpool, Warrington, Hartlepool and Middlesbrough will no longer be able to mix with other households, the government has announced.

"Earlier this week we brought in further measures in the north-east, however in parts of Teesside and the north-west of England cases continue to rise fast," said Health Secretary Matt Hancock. 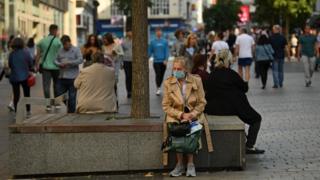 Mixing between households will be illegal, but people will still be able to meet with others outdoors in public spaces, including parks.

The health secretary recommended that people don't attend care homes unless the circumstances are exceptional and he also said those living in the affected areas should follow guidance against all, but exceptional travel. Exceptional travel includes going to school and work.

"I know individual rules are challenging but they are necessary and there are early signs they are working," Mr Hancock added.

Similar rules came into force in the north-east earlier this week and they will now be extended to include more areas.