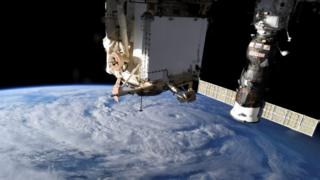 DIY jobs are a normal part of life for lots of people, but what do you do if you come across something that needs fixing in space?

Well, that's what Nasa and the crew on board the International Space Station (ISS) are trying to figure out!

They've been dealing with a small air leak which was first discovered last year after an increase in the airflow was spotted in September 2019 - however, the astronauts on board aren't in any danger as a result of the pesky fault.

But the size of the leak appears to have increased, leading Nasa to try and figure out how to stop it for good - and it might mean organising a special delivery of air!

Kids quiz astronauts on board ISS 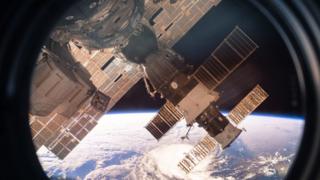 The International Space Station (ISS) might have to be sent extra air after it began to leak at above-normal volumes, according to the Russian space agency.

The air leak has been localised to one section of a service module and presents no danger to the Russian and American crew on board, said Russian space boss Sergei Krikalev.

"As far as station goes, we're in very good shape," said Kenny Todd who is the deputy manager of the ISS.

"The only issue that I would would bring up at this point is, this little atmosphere leak that's proven to be a bit challenging over the last couple of months." 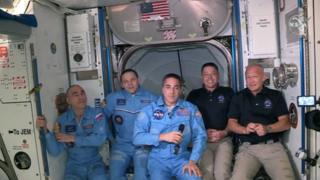 American astronaut Chris Cassidy, along with Russian astronauts Anatoly Ivanishin and Ivan Vagner, confined themselves to one module of the station and closed off the others.

They then carried out leak tests that tracked the fault to the Zvezda Service Module which is where the Russian crew are based.

"We, at this point, think it's in the Russian segment, in the service module area. Again, we're continuing to look at all the data from the test," said Mr Todd.

The crew will take further steps using leak detectors to try and pinpoint the fault and the ISS could soon be receiving a delivery of extra air supply tanks to help the crew out too.

The next three residents of the ISS are scheduled to leave Earth on 14 October for the 64th mission since the launch in 1998.

NASA: 'Delicious' lettuce has been successfully grown on the International Space Station

ISS: How much do you know about the International Space Station