Could the UK soon get its own flying paramedic?

Emergency rescuers use helicopters, lifeboats, ambulances and of course their feet, to get to people in danger as quickly as they can - but how about using a jet pack to fly to the rescue instead?

The Great North Air Ambulance Service in the north of England has just tested out the idea and it went so well that they say they could have a flying paramedic, using a jet pack, on their team by next summer!

They tested the kit in out in the Lake District, a huge area of countryside in the north of England using a specific tech outfit called a Jet Suit. 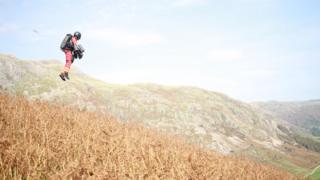 Robotic eye-contacts and other super-powered tech

Normally it can be hard to get to a patient in high areas and, after the paramedic gets out of their helicopter or ambulance, there could be another 25 minute journey on foot until they reach the patient.

They've now tested what it would be like doing the same journey using the Jet Suit instead and it only took 90 seconds. 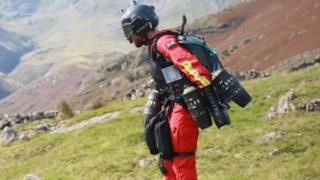 Andy Mawson, from the Great North Air Ambulance Service, said about the test: "What we didn't know for sure is how this would work in practice. Well we've seen it now and it is, quite honestly, awesome."

"We think this technology could enable our team to reach some patients much quicker than ever before. In many cases this would ease the patient's suffering. In some cases, it would save their lives."

Andy said aircraft would still remain part of their service, as well as the important work done by mountain rescue teams, but a jet pack could be used as a new addition. 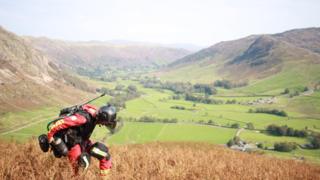 The Jet Suit that was used as part of the test can travel at more than 80mph and would be used at a safe height for the flyer.

It can fly for about 5-10 minutes which might not sound a lot but given how much could be travelled in that time compared to on foot it could make a huge difference to rescue team.

The 'flying fish' robot that could help out in floods