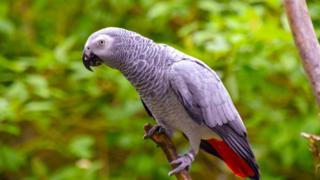 A group of parrots at a zoo in Lincolnshire have been given a time out by zoo keepers after encouraging each other to swear at passing visitors!

The five African greys were all adopted by Lincolnshire Wildlife Park in Friskney at around the same time and were put into a room together.

"It seems that because of covid, people have re-evaluated keeping parrots," says founder and CEO of the park Steve Nichols, who explained they'd taken in more birds than normal, including "the five parrots all from five different places."

Speaking to BBC Newsround, Steve says the parrots "swear to trigger reaction or a response" so although the birds don't know what they are saying - if people look shocked or laugh when they do it, it just encourages them to do it more.

The birds have now been moved into different colonies at the wildlife park with no problems reported so far. 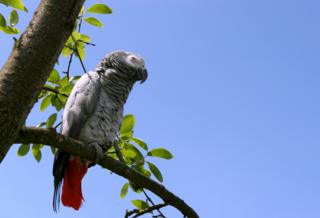 Steve says that during his 25 years working at the park he has seen many parrots who have sworn at him before, explaining that African Greys often pick up bad words they might hear from humans.

"African greys are excellent at reproducing the human voice," he says.

But the naughty five are more sweary than most.

Did you know that a parrot's brain is about the same size as a walnut?

The birds had to be quarantined together on arrival and although some staff at the park found the bad language funny at first, when the foul mouthed feathered friends moved to a public enclosure, problems began to start.

"With the five, one would swear and another would laugh and that would carry on.

"Some visitors found it funny - but with kids visiting at weekends, we decided to move them."

"I'm hoping they learn different words within colonies - but if they teach the others bad language and I end up with 250 swearing birds, I don't know what we'll do," Steve said. 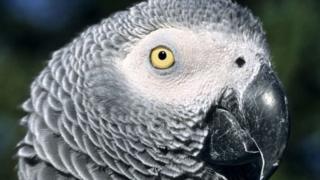 With nearly 2000 birds living on site, Lincolnshire Wildlife Park is home to the UK's largest collection of parrots, however the coronavirus pandemic has meant the park which operates as a charity has lost thousands of pounds in earnings.

Despite the birds' naughty behaviour Steve says that their arrival has brought a "bright end to a difficult year."

Penguins: Have these animals been naughty or nice?

Are you brave enough to take it?