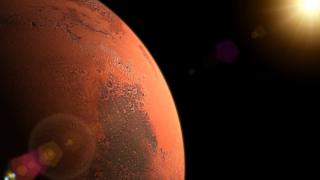 For decades scientists have wondered whether there is or has ever been life on Mars.

Nasa's latest mission to the red planet could finally answer that question.

The agency's Perseverance Rover should reach the surface of Mars on 18 February 2021.

Once there, the robotic machine will use a long seven-foot arm to scan for alien fossils that could have been buried under the Martian surface for millions or billions of years. 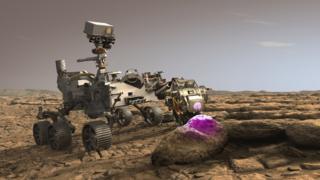 Attached to the rover's arm is a device controlled by artificial intelligence (AI) called PIXL, or to use its full catchy title: Planetary Instrument for X-ray Lithochemistry.

Most of Nasa's Mars machines have included X-ray equipment, but Perseverance's is special.

"PIXL's X-ray beam is so narrow that it can pinpoint features as small as a grain of salt. That allows us to very accurately tie chemicals we detect to specific textures in a rock," said PIXL principal investigator Abigail Allwood, who has been developing the instrument with her team at NASA's Jet Propulsion Laboratory in Southern California.

Along with its X-ray, PIXL also has six legs and looks a little bit like a robotic insect that will crawl across the Martian surface at night. 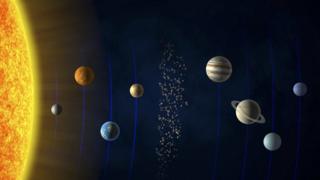 Mars' climate isn't like Earth's and the temperature during the day can swing up or down by over 30 degrees.

The changes in heat could cause the metal arm of Perseverance to expand and contract, so it's better for the machine to work at night when there's a steady temperature. As PIXL's AI uses the X-ray beam to search for signs of alien fossils, the robotic legs will make extremely precise movements - about twice the width of a human hair- over the scanned area.

"[It] figures out on its own how to point and extend its legs even closer to a rock target," Allwood said. "It's kind of like a little robot who has made itself at home on the end of the rover's arm."

Taking eight or nine hours PIXL scans an area no bigger than a postage stamp thousands of times before drilling into the ground to collect samples. Placing the rocks on Mars' surface, the samples will be collected during another mission in the future. 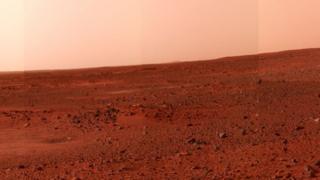 Unfortunately it probably won't be little green men and women that the rover will find buried under Martian rock.

Instead, fossilised life known as Stromatolites are more likely.

Stromatolites can be found on Earth and are considered to be the first evidence of life on our planet.

They are what's left of layers of bacteria found near hot-water vents at the bottom of the ocean.

Despite Mars not having any oceans now, some scientists believe it did have water on its surface, a bit like the Earth, millions of years ago.

Alien life could be living in the clouds above Venus

How coronavirus has changed the 2020 US election

Smallest ever 'rogue' planet found in the Milky Way