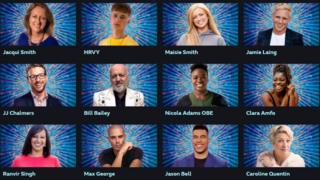 Autumn is here which means the leaves are falling, it's getting colder and.... Strictly is on its way!

Strictly will start later than usual this year. The competition will be back on screens on 12 October rather than September, and the series will be slightly shorter.

There will be themed weeks for films and musicals as in previous years, but not for Halloween, because it falls too early in the run.

There will be no red carpet launch show or Christmas special, either - instead viewers have been enjoying the special Blackpool, Musicals, Movies and Best Of shows.

Which celebs are on Strictly 2020?

Find out by clicking here 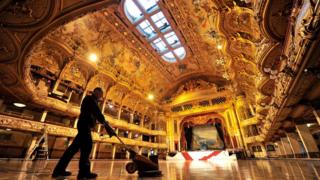 Are we going to Blackpool?

Strictly's annual special at Blackpool, filmed in one of the country's most historic ballrooms, is seen by contestants and the professional dancers as one of the highlights of the series.

But this year the Blackpool show sadly won't be happening.

A BBC spokesman said while contestants would not physically go to Blackpool's Tower Ballroom in 2020, they would still be "celebrating the iconic venue" but drom the normal Strictly studio.

It follows changes made to the show because of coronavirus restrictions.

Strictly: The Best Of show starts in September

Adams said she'd 'never' do Strictly, so why now? 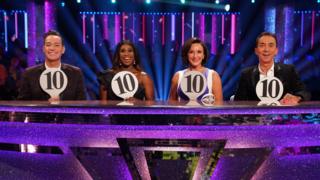 The judges will be the same as last year - Craig, Motsi, Shirley and Bruno.

But Bruno will be taking part remotely at first.

He is also a judge on the show's US version, Dancing with the Stars, but cannot travel between the two countries because of quarantine rules.

Instead he will take part in Strictly's results shows via video link, before returning full-time "towards the end of the series".

Will the stars be socially distanced? 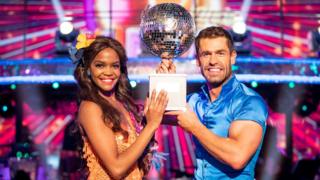 Ballroom dancing cannot be performed at a distance, so the couples must form a support bubble with each other meaning one dancer in each pair will live alone whilst the series is on.

They'll also have to to have regular coronavirus testing. If anyone tests positive during the series, they will have to self-isolate for two weeks, so will be unable to continue in the competition.

The professional dancers stayed in a hotel for four weeks, so that their group dances could be filmed before the series.

During the live show, dancers will no longer gather around presenter Claudia Winkleman as she interviews them.

The musicians in the studio band must also socially distance from each other, and they can't all be in the studio at the same time, so some parts will have to be pre-recorded before each show.

There will also be guest music acts for the results shows, accompanied by dancers.

What about the audience? 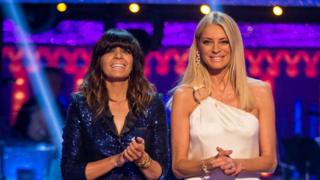 The show is planning for a range of different plans - from having no audience at all to a full studio.

Earlier this year, it was reported that fans would apply for tickets for the live shows in groups of four so they can attend as a family bubble. They will be placed at socially distanced tables and in balcony seating and will have to wear masks.

Who are the dancers?

This year, Kevin Clifton and AJ Pritchard are leaving Strictly, but apart from that the line-up of professional dancers is the same as last year: