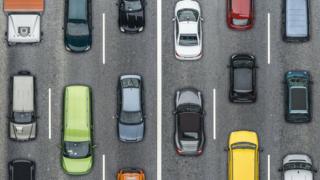 Plans to ban cars fuelled by petrol and diesel by 2035 were announced in February.

The ban is part of the government's plan to achieve nearly zero carbon emissions by 2050 and to help improve air pollution.

Hybrid vehicles, that use both electric and petrol or diesel, will also be banned.

But a recent government consultation, which ended in July, could see the ban happen sooner.

We want to know what you think... get in touch below and let us know your thoughts on the possible ban. 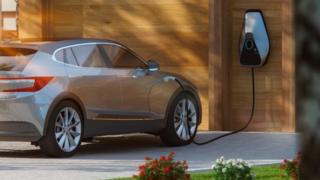 Earlier this month, the Department for Transport (DfT) detailed the incentives that would encourage more people to buy electric cars.

These include special green parking spaces, charging points at supermarkets and tourist hotspots, and super batteries that could charge in just six minutes.

This was part of a report commissioned to look into ways of getting more people to buy electric vehicles.

The DfT said: "We want to build a greener transport system, reduce carbon emissions and boost economic growth in the UK which is why we're supporting the transition to zero emission vehicles."

"Our £2.5bn programme to support grants for plug in vehicles and funding for charge point infrastructure at homes, workplaces, on residential streets and across the wider roads network, is all part of our world-leading package to encourage electric vehicle uptake." They added.

Some European countries, like Ireland, the Netherlands, Denmark and Sweden, have already committed to banning petrol and diesel cars by 2030.

When we talk about climate change, we are talking about global changes in the Earth's average temperature.

The Earth's average temperature moves up and down naturally, but it has been increasing more rapidly than it usually does.

This change is impacting on the planet's environment.

What difference will it make to climate change?

About a third of CO2 emissions in the UK come from transport.

So the ban on new petrol and diesel car sales will certainly help move the UK towards the zero carbon emissions by 2050 target announced in 2019.

But, banning them won't be enough on its own to fully protect the environment.

The government will also need to tackle the emissions coming from energy generation. These are almost as high as from transport and come from things like factories and people's homes.

What is air pollution?

How will it help reduce pollution?

Diesel vehicles produce the overwhelming majority of roadside Nox gases. So removing petrol and diesel vehicles from the roads should help bring air quality within the guidelines set out by the World Health Organization (WHO).

Air pollution has been a concern for decades.

What will happen to old petrol and diesel cars?

At the moment there is no scheme in place for old petrol and diesel cars and it is unclear if the government is thinking about this.

In London, the city's Mayor, Sadiq Khan, announced a £25m scrappage scheme to take older polluting cars and motorbikes off its streets, to reduce CO2 pollution.

Adults will still be able to buy a second-hand petrol or diesel car in 2035 and drive one they currently own.

Do you think petrol and diesel cars should be banned sooner? Get in touch below.

Fiji: On the Climate Change Frontline

102 comments
Back to top
unknown

US Election: Five key things about the final debate