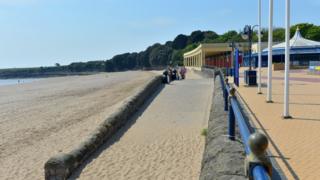 New lockdown restrictions have been announced for two thirds of the people in Wales.

From 18:00 BST, they will be in force in Neath Port Talbot, Torfaen and Vale of Glamorgan.

This will mean half of Wales' 22 local authorities will be under lockdowns, affecting almost two million people.

Neath Port Talbot council leader Rob Jones said: "We need the help of everyone across Neath Port Talbot to prevent the increasing spread of coronavirus and to bring the infection rates back down."

This will mean half of Wales' 22 local authorities will be under lockdowns, affecting almost two million people. 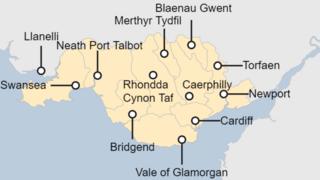 Eleven council areas and one town in Wales will be subject to extra restrictions from Monday night
What are the new rules?

Welsh local lockdown rules mean people will not be able to enter or leave their local areas without a reasonable excuse.

It also means the extended household rules have been suspended so people won't be able to meet indoors with anyone they don't live with, while people must also work at home if possible. 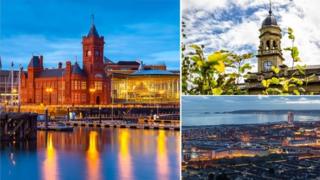 First Minister Mark Drakeford said the position in the "north of Wales continues to be mixed".

"If we need to take action, we will, but the position isn't as clear there yet as it has been in the south and I want to make sure that we look at it with the detail it deserves," he added.