Little Mix The Search: What to expect from the new talent show 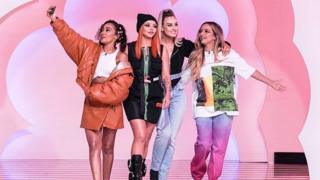 The group will select their favourite bands, become their mentors and help the wannabe pop-stars as they battle it out to win the contest.

Here are five things we know so far...

How the show works

Starting Saturday 26 September, the show will be hosted by comedian and Strictly Come Dancing star Chris Ramsey who will introduce the contestants that are being judged by the girl-band.

"So it's basically a three tick rule," says Leigh-Anne explaining how contestants make it through.

"They have to get three yeses, but if you're the one who has to make the deciding [vote], it's like, 'the pressure!!'

"It was very emotional knowing you've had to let someone down," Jade explained.

"At the time when you get a no it can feel the worst thing ever. It was emotionally draining going home knowing you've let someone down."

"Difficult being the decider. Because I've been there and I know how much that 'yes' means. I rang my mum crying at one point, as I found it so hard saying no to people."

It was very emotional knowing you've had to let someone down. 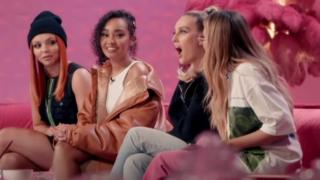 The band has admitted disagreeing about who should go through
Did the band fall out over decisions?

Meanwhile, the group admitted there were times when they disagreed over who to put through.

"A couple of times maybe I went off in a huff!" says Jade.

"There's quite a few times where my face says it's all!" said Leigh-Anne while Jesy added: "We didn't fall out, but we defo had disagreements. It didn't surprise me though, as we all have different taste in music."

"We all felt it at the beginning with our first nos, it was so hard to say it," says Jade

"As we got into it we realised there was only a certain amount of spaces and we had to decide if people were ready. It's exciting to give someone a platform."

Us girls have been through it, we've been in their shoes and auditioned before. We've been successful - we've lived it.

Using their own experience

Little Mix formed on the X Factor in 2011, becoming the first group to win on the show.

"I didn't want to do it, but my mum forced me. I'm really thankful now!" says Perrie.

"I just remember being terrified. And when you're nervous it affects your vocals," added Jade.

But it's that experience that the band says will help then when it comes to their mentoring roles on The Search.

"Us girls have been through it, we've been in their shoes and auditioned before. We've been successful - we've lived it. We can help them and guide them, and hopefully they can follow in our footsteps in terms of success," says Leigh-Anne.

"The format is completely different to any other talent show." 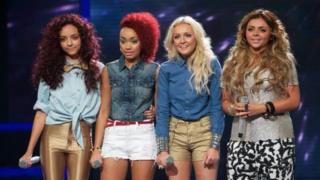 ITV
Little Mix won the X Factor in 2011
Different to other talent shows.

Jade agreed that The Search is different, adding that it's important contestants get the support they need after what can be an overwhelming experience:

"As mentors we're hands on and want to support them during and after the show. It's a new way of doing things and we don't follow the stereotypical rules of a talent TV show. We want to really support the acts, and I think that will really resonate with the audience watching," she said.

"We're sitting there knowing how they feel and trying to make sure they are in an environment where they feel fully supported. That's what's different. We've learned a lot over the years from our ­experience - about how we would like this show to be run."

The Search could've been in direct competition with the X Factor, however Simon Cowell decided to rest the programme for this year.

Having started on the X Factor, Little Mix split from Cowell's record label Syco during the recording of their fifth album LM5 in 2018. 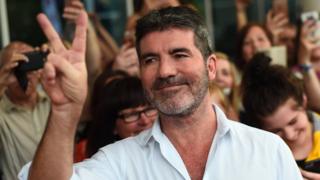 Getty Images
There is no X Factor this year
What happens to the bands that get through?

The chosen groups will get access to all the things Little Mix have as a world famous girl-band.

That means expert vocal coaches, music directors, choreographers and producers all trying to help the groups to be the best they can be!

"When we chose the final bands line up. Seeing their journey from their first audition to on stage, we were blown away by how well they gelled," said Jade.

"I love that feeling you get when something really special happening in front of you, it's really exciting."

The live shows will see one group crowned as winners where they will go on to join Little Mix on their next Confetti tour.

Little Mix: The Search begins on BBC One and BBC iPlayer this Saturday night at 7PM.

Little Mix The Search: All you need to know

'I'm really lucky that my school is staying open'