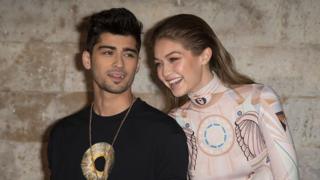 Former One Direction singer Zayn Malik and US model Gigi Hadid have had a "healthy and beautiful" baby girl.

They both announced the baby's birth on social media, sharing black and white pictures of the baby's tiny hand clutching Zayn's finger.

Zayn posted a caption saying "the love I feel for this tiny human is beyond my understanding." 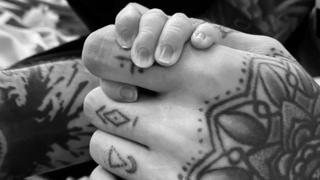 Gigi confirmed in April that she was expecting a baby, and the couple have been dating (on and off) since 2015.

Zayn isn't the first member of One Direction to be a father! Louis Tomlinson welcomed son Freddie in January 2016, and Liam Payne has a three-year-old son, called Bear, with singer Cheryl Cole.

Earlier in the week, Gigi's Dad, Mohamed, wrote in a caption on Instagram that he was patiently waiting for the baby, adding "grandpa" is "here and waiting to meet you... so excited". 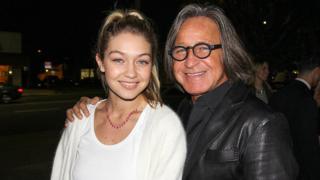 That was after a post last week by him, which seemed to welcome the baby into the world. Fans thought this meant the baby had arrived, but the post was later deleted.

So far no name for their daughter has been announced.

Gigi Hadid and Zayn Malik are expecting a baby