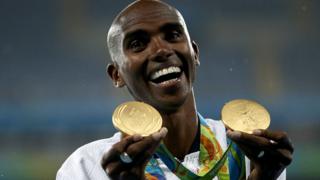 More than 300 British Olympians and Paralympians have called on the government to take urgent action on climate change following the coronavirus pandemic.

Mo Farah, Rebecca Adlington and Hannah Cockroft are all among the champions who have signed a letter to the Prime Minister Boris Johnson urging a "truly green approach" to the recovery from the pandemic.

'It's sparking a positive conversation, which is what we wanted'

Why is fashion a BIG problem for the environment?

Which celebs are doing Dancing On Ice 2021?

The letter is asking the government to help create a healthy, safe Earth for all.

Next year the UK will host the Cop26 summit in Glasgow. This is a meeting of world leaders to talk about climate change and what nations are planning to do to tackle it.

The letter says the UK has the "opportunity to show international leadership on the most important issue facing humankind". 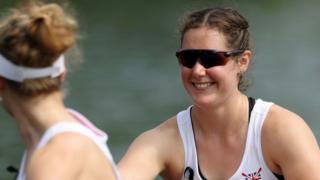 The letter was written by Great Britain rowing team member and environmental lawyer Melissa Wilson, on behalf of Champions of Earth, a group of athletes using their voice to highlight the climate crisis.

Melissa Wilson said she decided to write the letter because recovery from coronavirus presented a huge opportunity for change.

This is a once-in-a-lifetime opportunity to safeguard the environment for the younger generations.

Melissa added: "The recovery from the pandemic also gives us a chance to clean our air, particularly to benefit our society's younger people whose lungs suffer the most from air pollution." 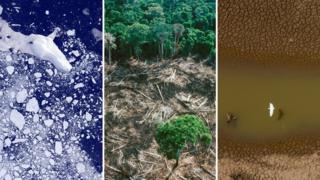 Sir Steve Redgrave, five time Olympic rowing champion, said: "As an athlete you need a healthy environment to perform at the highest level".

It's vital Britain's kids grow up with clean air, access to green spaces and healthy diets. 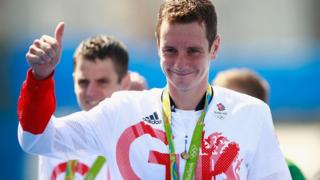 Getty Images
Alistair Brownlee, Olympic triathlete, has signed the letter asking the government to do more for the environment

Triathlete Alistair Brownlee said: "I love to compete, but I also want my sport to be safe for generations to come - that's why I want the Government to take a lead on tackling climate change."

The Cop26 summit in 2021 will be the UK's environment Olympics - but it's a marathon not a sprint, and the Government needs to ensure it's prepared and has the right policies in place to ensure the UK is a climate leader.

The letter to the government asked that they lead the way out of the pandemic "whilst forging the ultimate Legacy: a healthy, safe Earth for all".

Climate change: How the richest countries contribute to it