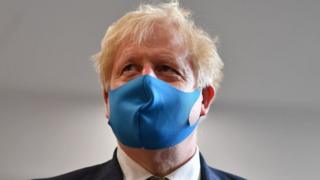 Getty Images
The Prime Minister is set to announce new lockdown rules for the UK.

Prime Minister Boris Johnson is set to announce new lockdown rules for the UK when he speaks to the nation on Tuesday night.

He will stress the importance of following social distance guidelines, like wearing face coverings and washing hands, and ask people to work from home if it doesn't impact businesses. Schools are expected to stay open.

He will also announce new rules for restaurants, bars and pubs which include having a 10pm closing time from Thursday.

Downing Street confirmed on Monday night that Mr Johnson had spoken on the phone to the first ministers of Scotland, Wales and Northern Ireland, and that they had all agreed to act "with a united approach, as much as possible, in the days and weeks ahead".

Advice if you are worried about coronavirus

Get some tips and advice here 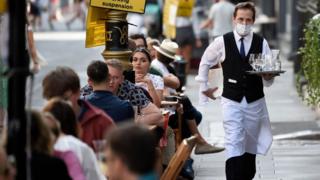 Getty Images
Restaurants, pubs and bars will have a table-service only rule
UK back up to Level Four

On Monday, the UK's coronavirus alert level moved back to Level Four, which means transmission is "high or rising exponentially".

There are five levels altogether, so we are not at the highest yet.

1. Covid-19's reproduction (R) number, a scientific measure of how fast the virus is spreading

2. The number of confirmed coronavirus cases at any one time

An alert system was launched in May 2020 to help tell people how the country is dealing with the pandemic and how high the rate of infection is. The alert system has five levels, with five being the worst, meaning lots of people being infected, and one being the best, with no cases of coronavirus.

The government's top scientists warned that the growing number of coronavirus cases in the UK "is all of our problem", and that "the next six months need to be taken very seriously".

Actions to help tackle the virus:

Further restrictions will also be announced in Scotland on Tuesday, while restrictions on households mixing indoors will be extended to all of Northern Ireland. Also from 6pm on Tuesday, four more counties in south Wales will face new measures, including a curfew for pubs and bars. 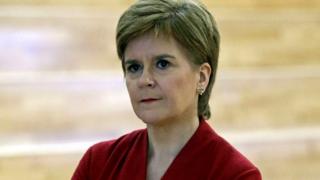 Scottish First minister Nicola Sturgeon, along with her counterparts in Wales and Northern Ireland, is due to take part in a meeting with Boris Johnson on Tuesday morning. She will then meet her team of ministers before announcing her plans to the Scottish Parliament in the afternoon.

She said coronavirus was spreading in the country again and "further and urgent action" was needed to stop the increase. 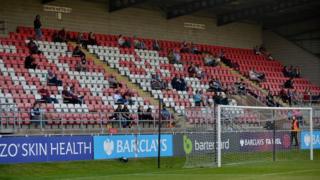 The government is also preparing to scrap their plans for a phased return of fans at sports venues from 1 October. This month, there has already been a review of these plans and pilot events were restricted to 1000 spectators.

On Monday, over 100 sports bodies have wrote to the Prime Minister Boris to ask for emergency funding, warning there would be "a lost generation of activity" because of coronavirus.

Coronavirus: Studies look at how it spreads in schools