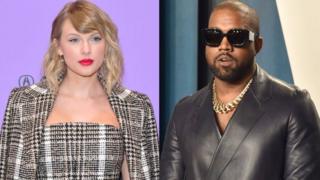 Kanye West has offered to help Taylor Swift get her master recordings back.

The rapper tweeted on his social media: "I'M GOING TO PERSONALLY SEE TO IT THAT TAYLOR SWIFT GETS HER MASTERS BACK,"

This is in reference to Taylor Swift's fall out with music producer Scooter Braun, who bought the record label that owns Taylor's first six albums.

Since then Taylor has actively spoken out about how unhappy she is about this, saying that Scooter is a: "bully" and that she is "grossed out" by him owning her work, and has even made reference to the situation in her music videos, like 'The Man'.

Taylor also said she wants to re-record all of her old albums again under her new label, so that she has ownership of them.

Strictly: The Best Of show starts in September

What are master recordings? 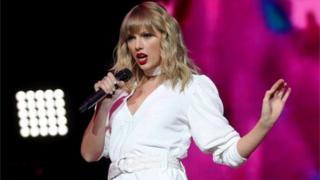 Master recordings are the original recordings of an artist's music, from which all the later copies are made.

The owner of these master recordings has control over how the songs are used, and earns money from them.

It is rare for an artist to own their master recordings, Beyonce's husband Jay-Z recently also spoke out about how he doesn't own some of his music.

Taylor Swift signed a record deal with Universal Music Group in November last year, who allow her to own the master recordings of her songs. 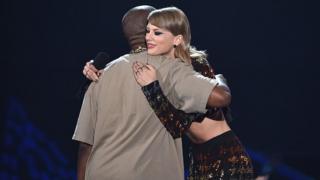 Kanye also recently spoke out against unfair music deals for artists in the industry, saying he wants more "transparency" - and clearer rules.

Taylor and Kanye have had a bit of a rocky relationship, after they had a disagreement a few years ago - but perhaps Kanye's tweet shows he is trying to help make things better.

Taylor Swift transforms into 'The Man' for her new music video