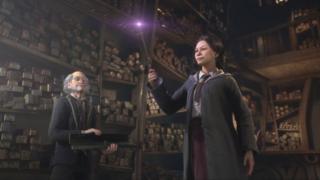 Get your wand and your broomstick at the ready because a new Harry Potter game is coming.

Hogwarts: Legacy is a new Harry Potter RPG (Role-Playing Game) which was revealed in the PS5 showcase last week.

In the game, players create their own witch or wizard and attend Hogwarts School of Witchcraft and Wizardry during the late 1800s.

The game will be released on Playstation, Xbox and PC some time in 2021.

David Haddad, the President of Warner Bros. Games said: "Hogwarts Legacy gives players control over their own experience with RPG gameplay unlike anything else in the Wizarding World."

Is that The Simpsons in Animal Crossing?

What's it all about? 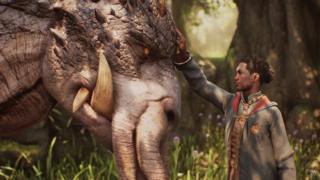 Hogwarts: Legacy is an open-world game which takes place in the Wizarding World, first introduced in the Harry Potter books.

The game has been developed by Avalanche and published by Warner Bros. Games under the Portkey Games label - the studio who made Harry Potter: Wizards Unite and Hogwarts Mystery.

Secret clips of the game were leaked to the public in 2018, and that got people pretty excited about the upcoming game, but this is the first time fans have had a proper look at it.

Players create their own character and can take part in lessons at Hogwarts, learning new spells, discovering magical creatures and fighting enemies.

The makers have said that your character is "no ordinary student" as they have the ability to see and master ancient magic - a secret which could "tear the Wizarding World apart". 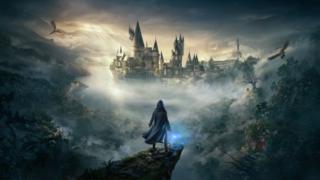 It seems like players might have to make some tricky choices in the game, which could have a big impact on what happens to your character.

On the game's website its says: "Hogwarts Legacy will challenge players in all sorts of unexpected ways - including scenarios that will pose difficult choices and determine what they stand for."

The makers also hint at the idea that you could choose to be a 'good' or 'evil' witch or wizard in the game: "Only you can decide if you will protect this secret for the good of all, or yield to the temptation of more sinister magic."

Will there be any recognisable characters? 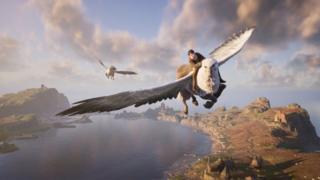 As it's set a long time ago in the 1800s it's very likely there won't be any characters that we'll be familiar with - however, there will be a few things the fans will recognise!

From the trailer fans can spot a few Fantastic Beasts such as Boggarts, Hippogriffs, Dementors and Mooncalves, which your character can encounter.

At Hogwarts players can participate in lessons such as Herbology, Potions and Defence Against the Dark Arts.

As well as this players can visit familiar locations such as Hogwarts castle, the Forbidden Forest and Hogsmeade village.