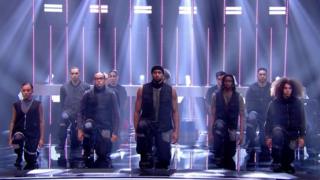 A performance by dance group Diversity on Britain's Got Talent will not be investigated after thousands of complaints were made about it.

The complaints were sent to an organisation called Ofcom - which has control over, and sets rules about, what goes on TV - and it decided not to formally investigate Diversity's performance.

The dance group performed a routine on the show on 5 September, which received more than 24,500 complaints.

Some critics complained that ITV's Saturday night entertainment show was an inappropriate platform for a political statement but Ofcom said there is no need for a formal investigation into the performance.

In the performance a dancer was knelt on and handcuffed by another dancer who was dressed as a police officer. This was a reference to the death of George Floyd, who was killed in May this year. The dance also featured references to the coronavirus pandemic and poverty.

Britain's Got Talent: Why are there complaints?

The Great British Bake Off is back with a new series! 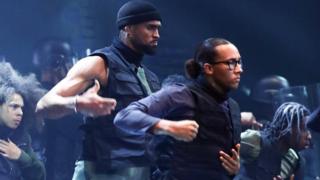 A spokesperson from Ofcom said: "Diversity's performance referred to challenging and potentially controversial subjects, and in our view, its central message was a call for social cohesion and unity.

"Any depictions of violence by the performers were highly stylised and symbolic of recent global events, and there was no explicit reference to any particular political organisation - but rather a message that the lives of black people matter".

On his social media account lead dancer Ashley Banjo said: "Creativity is always a leap of faith. All I did what was what felt right and I'd do it 100 times over... Sending love to everyone that stood by us. "

Earlier this week he said the negative comments were a minority of the feedback they got and that they had received "hundreds of thousands" of messages of support, after news of the complaints was made public.