Nandi Bushell: Who is she and why has Dave Grohl written her a song?

Nandi Bushell is a 10-year-old British and Zulu drummer who has taken the internet by storm.

And she has had a busy few years!

She's played drums with some mega celebrities and even been in a TV advert.

Now Nirvana drummer, and founder of the band Foo Fighters, Dave Grohl, has written her, her very own song!

The Voice Kids winner is revealed! 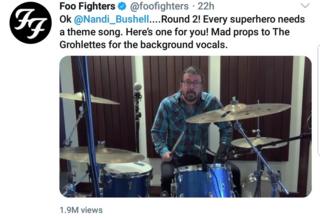 On 14 September Nandi revealed to her social media followers that Dave Grohl had written her a song.

The song, that Dave described as her "superhero theme tune", was written for her for winning a drum battle against him.

The lyrics say: "She's got the power, she's got the sound, Nandi on the drums, makes the world go round."

But it seems the musical battle between the two is not over yet!

In response to the song, Nandi shared this message on social media:

"I can't believe Mr. Grohl wrote a song about me!?! This is so so so #EPIC!! I think it's the best song EVER, in the WORLD, EVER!!! Thank you so much Dave. You have raised the stakes to all instruments! I accept your next challenge!"

Who knows what the next move will be.

Entering into a drum battle with a rock legend isn't the only amazing thing that she has done.

Let's take a look at some of Nandi's best moments. 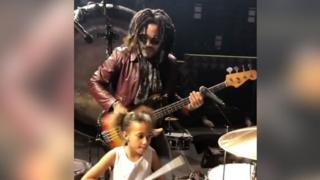 She got to get up on stage and play Are You Gonna Go My Way with the star before his show at the O2 Arena.

Afterwards she described the day as "amazing" and posted on social media: "I even showed him my Purdie Shuffle! Mr Kravitz, thank you so much for jamming with me."

Starring in a Christmas advert!

Last year Nandi got to drum for the Argos Christmas advert.

That's not the only time she's been on TV either.

She had previously been in John Lewis' advert too.

In 2018, when she was just eight years old, Nandi played a drummer girl - erupting from a volcano.

Talk about an explosive performance!

Going on the US TV show Ellen 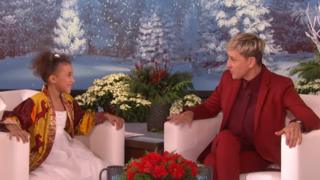 Nandi travelled to Los Angeles to play on the Ellen show and chat about her musical talents.

After she performed, Ellen gifted Nandi her very own electric bass guitar. She'd found out that it was on her Christmas list!

Being a social media superstar 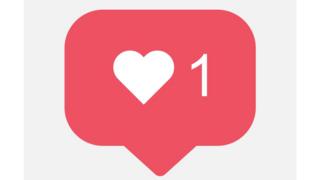 Nandi has a few social media accounts run by her parents.

It's also the way she first started getting in touch with her drum-battle buddy Dave Grohl.

Nandi posted: "My dream is to one day jam with @DaveGrohl....". And her dream came true!

She's been invited on tour by Dua Lipa 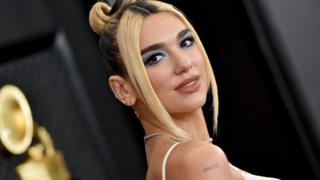 Dua said: "You're absolutely amazing. What do I have to do to get you to come on tour with me?"

After meeting the singer, Nandi learned her hit song Don't Start Now. She showed that she isn't just a drummer and played bass when performing the song on YouTube too.

She's done all this and more at 10 years old, we can't wait to see what's next for Nandi.