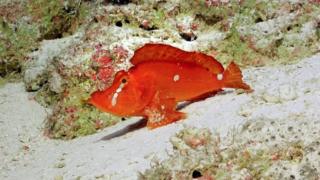 Researchers exploring the depths of the northern Great Barrier Reef have found a rare species of "walking" fish never before recorded in Australian waters.

This type of scorpion fish is called the Rhinopias agriloba, is normally found in waters around Hawaii, in the central Pacific.

This is first time any have been seen this far from home.

It's known as a 'walking fish' because it appears to move along the sea floor using the fins attached to its chest. 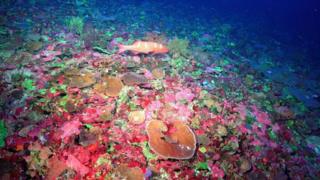 It was discovered by scientists aboard a boat called RV Falkor, operated by the Schmidt Ocean Institute.

They sent an underwater drone almost two kilometres below sea level to collect samples, map and film previously unexplored parts of the reef.

What can people do to help coral reefs?

Robin Beaman from James Cook University in Australia said the team were really surprised by what they discovered.

"It was very strange — it had this beautiful red colour and it walked on its pectoral fins like a set of hands," he said.

He added: "Thankfully we had what I call the 'Fish Army' - this group of ichthyologists (marine biologist who studies various species of fish classified as bony, cartilaginous, or jawless), fish experts - watching the live feed who could say, 'That has never been seen in Australia — the closest we know of is in Hawaii.'"

Straight away it looked weird but it was also displaying this weird behaviour, walking along the sea floor. 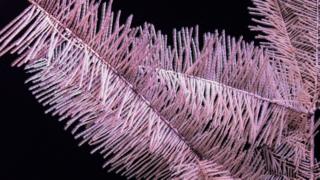 The team have also discovered new species of black corals with metre-long tentacles, and new types of sponge.

Dr Beaman said despite their name, "they're not always black" but "tend to be more red in colour".

He added: "When they die, though, the skeleton remaining is this beautiful jet black colour, which people sometimes see as pieces of jewellery in different parts of the world."

Unlike shallow water species that rely on sunlight to create food, deepwater corals rely on ocean currents for food.

It also took the deepest samples ever collected of soft coral and scleractinian coral (a hard coral that builds itself a hard skeleton)in the Coral Sea. 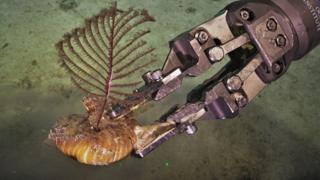 They also collected the first sample of ancient bedrock beneath the Great Barrier Reef, estimated to be between 40 and 50 million years old.

It is hoped some of the samples that will help them better understand the underwater habitat and how features of the seabed work alongside the animals living there.

'Walking' fish gives clue to evolution of life on Earth