Space news: An asteroid is set to cross Earth's orbit on Thursday 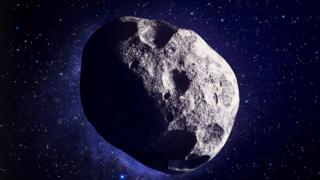 An asteroid is set to cross Earth's orbit on Thursday 17 September, but don't worry, it won't come anywhere close to us!

The asteroid, known officially as Asteroid 2014 QJ33 will fly-by Earth on September 17 travelling at a speed of 19,371 miles per hour. That's 8.66 kilometres a second!

Nasa is tracking the asteroid which is predicted to be 48m to 110m, or 157 to 360 feet, wide - which could mean it is bigger than London Bridge!

But there is nothing to worry about - it will pass by our planet at a safe distance - precisely 1,592,819 miles away from Earth.

Just last week, two other asteroids passed by Earth in the space of two days.

Car-sized asteroid has near-miss with Earth!

Check out these amazing photos of Comet Neowise! 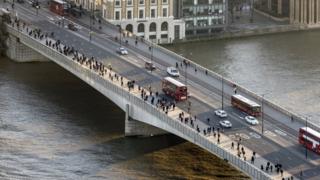 Getty Images
Imagine a giant space rock the size of this bridge - that's how big Asteroid 2014 QJ33 could be
What are asteroids?

Asteroids are giant space rocks in our solar system that orbit the Sun.

Sometimes they are called NEOs - Near Earth Objects.

No asteroid has hit Earth in 66 million years, since the one that caused the dinosaurs to become extinct.

There are lots of asteroids - over 2000 - that Nasa constantly monitors which are classed as hazardous. However, the chances of them hitting Earth are still very small.

And Nasa also has a plan to knock any pieces of space rock that could hit the planet...

Meanwhile just last month, Nasa were surprised by a car-sized asteroid that flew past the planet - it was the closest near miss with a space rock ever recorded.

Asteroid the size of a car has near-miss with Earth!

Check out these amazing photos of Comet Neowise!