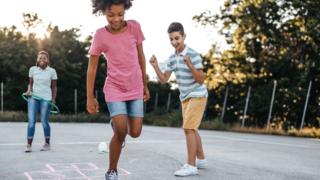 Changes to the rules on social gatherings came into force in England on 14 September.

It is now illegal for groups of more than six people to meet up.

The law applies for all parts of England except places which have a local lockdown where rules may be tighter.

There has been a rise in number of coronavirus cases in England so the government has decided that lowering the number of people allowed to socialise together at one time will help keep people safe.

Scotland took a similar step and cut the number of people allowed to meet up to six, but it excluded children under 12. However, it has since banned people from different households meeting each other indoors.

Wales, too, has its own 'rule of six' which came into force on the same day - but it doesn't apply to children under the age of 11 and it only covers indoor meetings.

Northern Ireland has also stopped people meeting indoors but six can meet in gardens and up to 15 people in public areas.

Prime Minister Boris Johnson admitted the new measures that needed to be put in place would be hard for people but that he "has to do what is necessary to stop the spread of the virus".

He said that people should also remember the basics of washing hands, maintaining social distance, using face coverings where appropriate and getting tested if they have symptoms.

What can you do under the new 'rule of six'? 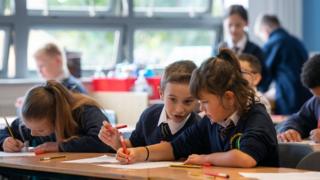 Joe Giddens/PA
How many people can meet up outdoors?

The number of people allowed to meet-up socially outdoors is six in England.

How many people can meet up indoors?

The number is the same for indoors and outdoors - only six. So, meeting up socially in homes, venues like restaurants, and outdoor spaces like parks will all be affected.

Will my school be open?

Can my sports training go ahead?

The changes made on 22 September applied the rule of six to indoor team sports, but organised sports outside, where rules are already in place to keep people safe and social distance where possible, have not been affected. However, more than six people meeting in the park to play a sport for fun, and not part of an organised game or training session, is not allowed. 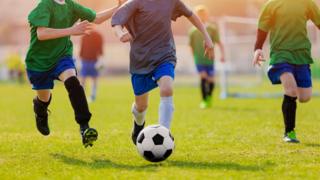 Getty Images
Are the rules for adults and children?

Yes the rules apply to people of all ages.

Can I go to my friend's party?

Only if the total number of people at the party including yourself is six or less.

What about places of worship and cafes and restaurants?

Can I meet my friends in the park?

Yes, as long as the number of friends, including yourself, is six or less. 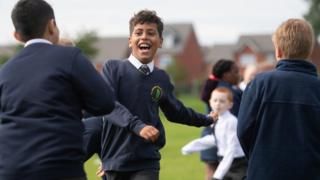 Joe Giddens/PA
Can I go and see my grandparents?

Yes, if the number of people in the gathering is six or under, or if your grandparent is part of your support bubble.

If the number of people you live with, or who are in your support bubble, is more than six you are still allowed to spend time with all of them and won't be limited to six.

What about Scotland, Wales and Northern Ireland?

The new rules are just for England, but Scotland and Wales have their own 'rule of six' although children under 12 (Scotland) and under 11 (Wales) are not included in the restrictions.

Scotland has, however, introduced some more measures which ban people from meeting up indoors, though the rule of six still applies to outdoor gatherings.

Like Wales and Scotland, Northern Ireland is also in charge of making its own rules. Six people from two different households can meet in a garden and groups of up to 15 in public outdoor areas. But there should be no mixing with people you do not live with indoors.

Places in local lockdowns will have tighter rules specific to that area. 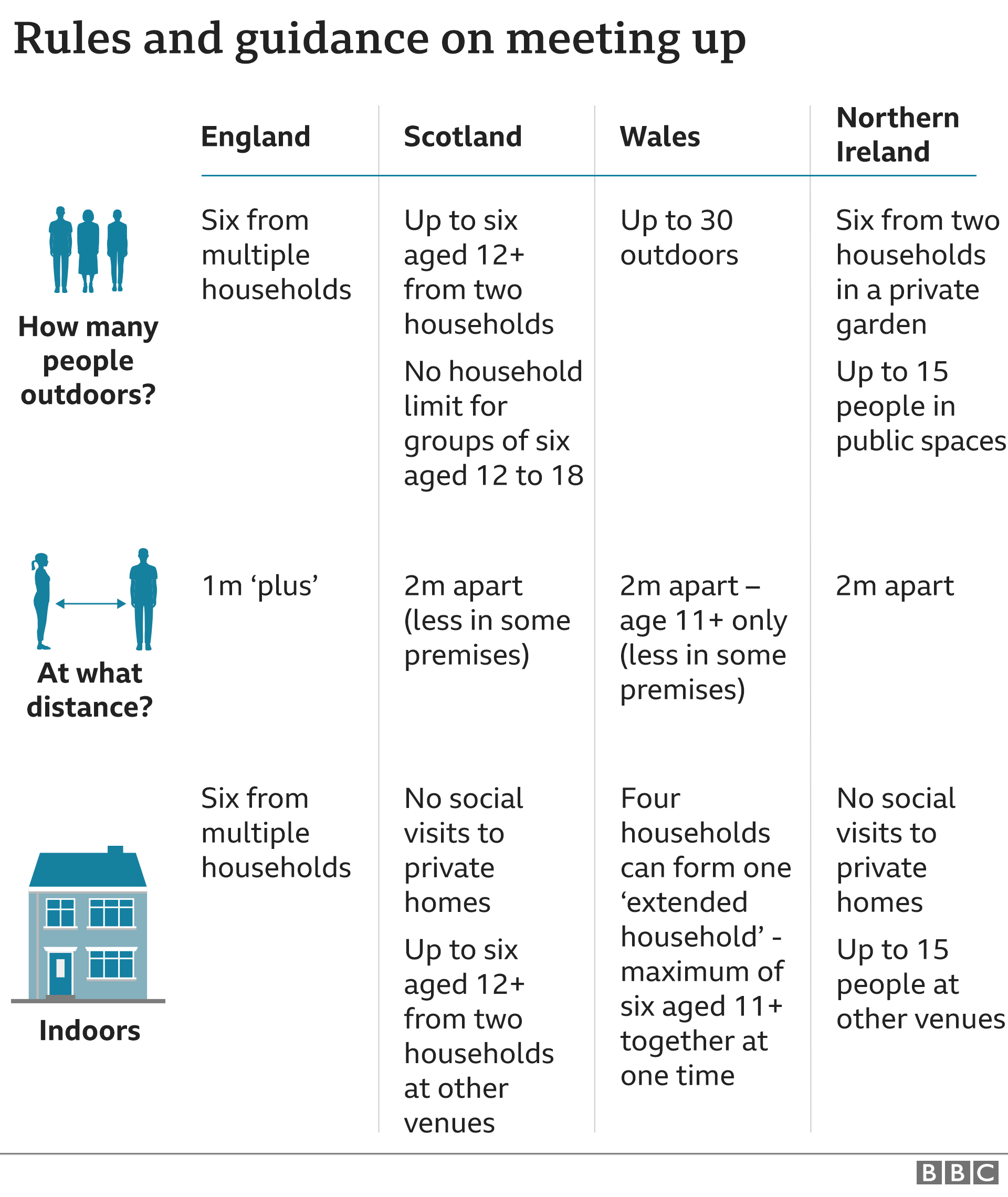 Coronavirus: Caerphilly and Bolton are placed under stricter rules

Advice if you're worried about seeing people with face coverings