Nature is being destroyed by humans at a rate never seen before, according to the conservation group the World Wildlife Fund (WWF).

The WWF says population sizes of mammals, birds, fish, amphibians and reptiles have fallen by an average of 68 per cent in fewer than 50 years. That means globally more than two thirds of these animal numbers have been lost.

The organisation's Living Planet Report says farming and deforestation are two of the major causes, while over-fishing is a big problem for life in the ocean and fresh waters.

The WWF says the destruction of ecosystems means a million species (500,000 animals and plants, and 500,000 insects) will be threatened with extinction over the next 100 years.

A loss of wildlife on this scale is normally seen over millions of years, which is why scientists are worried.

More about wildlife and the environment 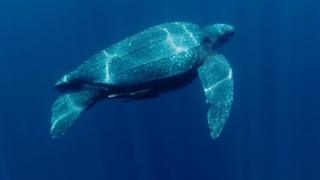 Tanya Steele, Chief Executive at the WWF, said: "We are wiping wildlife from the face of the planet, burning our forests, polluting and over-fishing our seas and destroying wild areas. We are wrecking our world - the one place we call home - risking our health, security and survival here on Earth."

The Living Planet Report is produced every two years by the WWF, along with experts it looks at how well the natural world is doing, what threats it faces and what humans need to do to fix the problems.

Deforestation is the deliberate destruction of rainforest to make way for areas for human use, such as farmland for cattle, crops, or wood to be used for building.

"In the UK we need to fast-track tough new nature laws that protect our wildlife at home and abroad, and with the COP26 summit in Glasgow next year the government has a huge opportunity to show global leadership in securing urgent commitments and action from world leaders," Tanya Steele said.

"Only by putting the environment at the heart of our decision making can we build a safe and resilient future for nature, people and our planet." 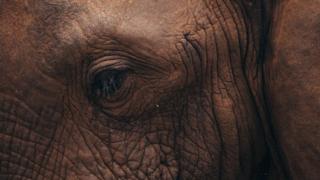 The WWF's Living Planet Report has analysed the populations of 21 thousand animal species around the world.

Globally, the biggest loss of wildlife populations seen anywhere on Earth has been in the Caribbean and South America.

In the country of Costa Rica, the numbers of Leatherback turtles seen at at Tortuguero beach have reduced by 84%.

Leatherback turtles journey to the beaches to lay their eggs, however the eggs are often stolen and the turtles themselves are hunted for their shells which can be sold illegally. Warming oceans also force leatherbacks on longer more difficult journeys to feed. 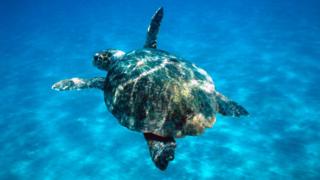 What is an ecosystem?

An ecosystem is a bubble of life it's made up of all of the living and non-living things in an area.

This includes all of the plants, animals, that rely on the non living things such as water and soil to survive.

The report also blames the loss of wildlife globally on other human activities that have destroyed important ecosystems.

Fresh water ecosystems are the most threatened on Earth, with too much fishing and structures such as dams affecting the food source for lots of animals.

Research shows that almost one in three freshwater species now face extinction with larger animals such as hippos, river dolphins, sturgeon and beavers said to be the most at risk.

Elsewhere in the Central African Republic, 98% of the African elephant population has been lost, meaning the animal has almost been completely wiped out from the country. 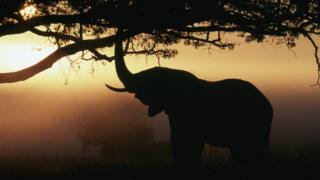 However there is some good news, the report says that many animal extinctions are preventable if we 'conserve and restore nature'.

Conservation efforts have seen positive results around the world, with legal protection for forest elephants in Ghana, blacktail reef sharks in Australia and tigers in Nepal resulting in large increases of animal numbers.

A conservation effort in Kenya and tougher action against poachers recently saw the population of elephant double in the country.

Dr Andrew Terry from the Zoological Society of London worked on the research and says: "If nothing changes, populations will undoubtedly continue to fall, driving wildlife to extinction and threatening the integrity of the ecosystems on which we all depend.

"But we also know that conservation works and species can be brought back from the brink. With commitment, investment and expertise, these trends can be reversed."

How food has an impact on the environment 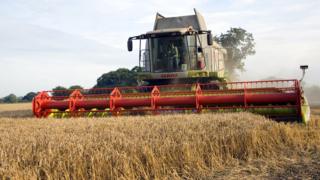 The WWF says that changing our farming and the way we produce our food; tackling food waste and moving to healthier plant-based diets could all improve the planet's future.

Not only is food waste a problem, but food production is also said to be responsible for over one quarter (25%) of harmful greenhouse gas emissions - which are one of the direct causes of climate change.

Recently, the United Nations, which looks at global issues, said the amount of dairy and meat that people are eating is one of the causes of global warming.

In Britain, The National Farming Union says it understands that work has to be done to cut these emissions so that the farming industry doesn't have such a big impact on the planet.

Above all it will require a change in perspective. A change from viewing nature as something that's optional or 'nice to have' to the single greatest ally we have in restoring balance to our world.

The Living Planet Report says the way we are treating the planet now could threaten our food and water sources in the future.

Each year humans use 1.6 times the amount of resources available on Earth - meaning we're using more of the world's resources than can be produced. That means the planet is in a weaker position and eventually won't have enough natural resources to provide for our future needs.

Should we be eating more insects?

Wildlife expert and WWF ambassador Sir David Attenborough says now "could be the moment we achieve a balance with the rest of the natural world and become stewards of our planet".

"Doing so will require systemic shifts in how we produce food, create energy, manage our oceans and use materials. But above all it will require a change in perspective. A change from viewing nature as something that's optional or 'nice to have' to the single greatest ally we have in restoring balance to our world," Sir David said.

"The time for pure national interests has passed, internationalism has to be our approach and in doing so bring about a greater equality between what nations take from the world and what they give back. The wealthier nations have taken a lot and the time has now come to give." 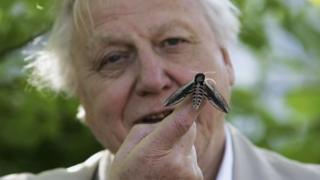 Last month the UK government set out plans where by law it has to work towards environmental targets.

The targets, which won't come into force until 2022, aim to combat climate challenges such as reducing waste and improving natural habitats.

"The targets we set under our landmark Environment Bill will be the driving force behind our bold action to protect and enhance our natural world - guaranteeing real and lasting progress on some of the biggest environmental issues facing us today."

How this stinky fruit can be used as a bandage

How changes to farming can help wildlife and the environment