Scientists discover the Moon is rusting 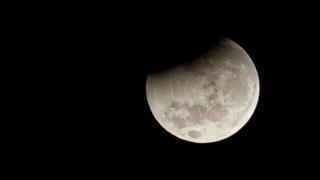 Scientists have discovered that the Moon is rusting.

Rust is the common name for iron oxide and it requires the presence of water and oxygen to form.

Rust on the surface of Mars is what gives it its reddish colour, and suggests that the planet once had water and oxygen on its surface.

The discovery of rust on the Moon is surprising because the Moon has no air or liquid water on it.

Yet, scientists now think that the Earth's oxygen has been rusting the Moon for billions of years.

The existence of rust on the Moon can be explained in a number of ways, the scientists discovered.

Although the Moon does not have an atmosphere, it does have tiny bits of oxygen present because of the Earth's magnetic field.

Oxygen can travel from the planet to the Moon by riding Earth's magnetic field. 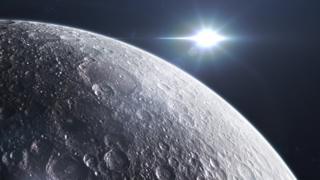 It is also possible that more oxygen was transferred to the Moon when it was closer to the Earth, as the two bodies have been moving further away from each other for billions of years.

Another reason why the rust could be present is because of the ice that is present on the Moon, found under lunar craters on the Moon's far side.

It has been suggested that dust particles that regularly hit the Moon could free these water molecules, mixing with iron and then leading to rust.