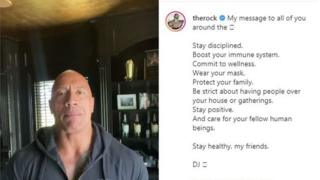 Actor Dwayne "The Rock" Johnson says that he and his family all contracted Covid-19.

They are now "on the other end of it" and no longer contagious.

The Rock posted on Instagram to say they had caught coronavirus despite being careful.

"Testing positive for Covid-19 is much different than overcoming nasty injuries, or being evicted or even being broke, which I have been more than a few times," he told his followers.

He, his wife and his two daughters aged four and two tested positive around two-and-a-half weeks ago. 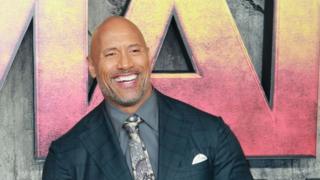 The Rock, who is the highest paid actor in the world, says his family caught Covid-19 from family friends.

In the video that he said: "I can tell you that this has been one of the most challenging and difficult things we have ever had to endure as a family."

He then urged people to wear masks, saying "it is the right thing to do."

The Rock rose to fame as a professional wrestler and star of World Wrestling Entertainment, or WWE, He later turned to acting and has starred in movies such as Moana, The Scorpion King, Jumanji and Fast & Furious. 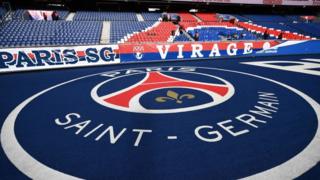 On Wednesday, the Ligue 1 club released a statement saying: "All of the players and coaching staff will continue to undergo tests in the coming days."

The French champions, who lost the Champions League final to Bayern Munich last month, have not said which players tested positive.

"All of the players and coaching staff will continue to undergo tests in the coming days," the statement said.

The French league has already begun, but PSG were given an extended break and will not start their title defence until 10 September.

The opening game of the season was suspended in August after four players from Marseille tested positive for Covid-19.

Want to find out more?