Wolverines return to American national park after more than 100 years 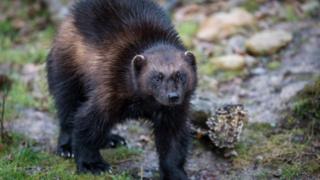 Rare wolverines have returned to an American national park for the first time in more than 100 years.

Scientists in the US discovered the female and her two babies in Mount Rainier National Park near Seattle in the north west of America.

Wolverines are extremely rare animals in the United States.

It is estimated that only 300-1000 exist in the lower 48 US states - the part of America not including Alaska or Hawaii. 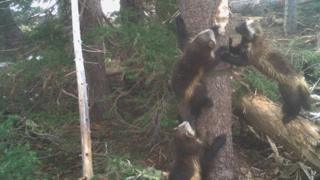 Cascades Carnivore Project/NPS
Young wolverines are called 'kits', these ones were seen playing with their mum in Mount Rainier National Park

"It tells us something about the condition of the park— that when we have such large-ranging carnivores present on the landscape that we're doing a good job of managing our wilderness."

Wolverines are also known as gulo gulo or glutton. Sometimes they are called skunk bears - because they look a bit like skunks but have bodies like small bears. 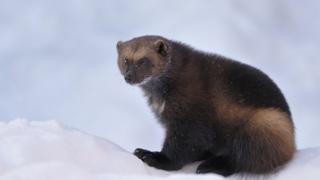 Getty Images
Wolverines are the largest animals of the weasel family
What do they eat?

They normally eat medium-sized animals like squirrels, chipmunks, beavers, and rabbits, but they can kill prey much bigger than themselves too, like deer, coyote and wolf pups.

In 2018, they installed camera stations designed to photograph and identify individual wolverines based on their distinct chest blazes. This pattern of fur on a wolverine's chest is unique enough to identify them individually.

Most wolverines live in Canada, Alaska, Russia and the mainland Nordic countries in Europe. 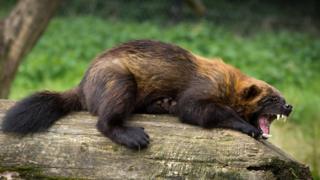 The wolverine population has been decreasing since the 19th century because of trapping, which is when people catch animals, and changes to their habitats.

They are also quite solitary animals meaning the tend to live alone and they do not travel in groups. Sometimes they travel up to 24km per day to look for food, following packs of wolves to pick up leftovers. But they do not socialise with the wolves.

Just like skunks, the animals can use their stink power as a weapon! They spray it when they feel grumpy or threatened.