Why has this toilet become so special? 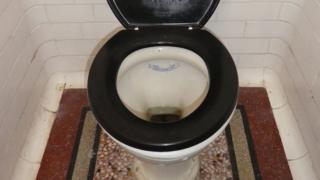 Historic England
Not just any toilet - it's part of the country's history!

Two sets of public loos have been given special status to recognise their important part in Britain's history.

The Bank Hill public toilets in Berwick-upon-Tweed, built in 1899, and ones on Seaburn seafront in Sunderland, built in 1904, were among the first public loos that could be used by women.

At the time public toilets in the UK were a bit of a new thing and were opened in workplaces, railway stations, parks, shops, pubs and restaurants - but most were only for men.

So to recognise the importance of these two ladies loos, they've been 'listed' and given Grade II status.

What does listed status mean?

When a building is 'listed' it means it is given special protection.

That's because it is considered to have particular importance - because of the way it is built, why it was built, or if something important has happened in it.

Buildings can be either Grade I, Grade II* or Grade II listed, depending on how important they are. 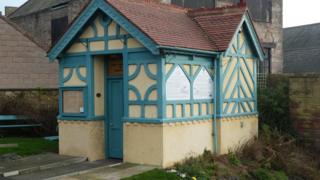 Historic England
It's not a cottage - it has got toilets inside!

When it was built the public loo building in Berwick-upon-Tweed was made to look like a cottage so you couldn't tell what was really inside.

It stayed in use until the 1950s and has since been used for storage by the local council and even an ice cream parlour.

Look at these weird toilets!

How do you go to the toilet in space?

Can you imagine life without a toilet? For billions it's a reality...

The underground toilets at Seaburn catered for men and women. They were closed in the 1960s but were recently restored and opened again in 2018. 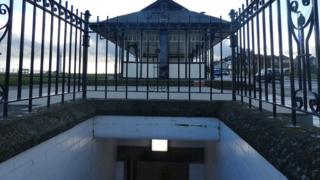 Debbie Mays, of Historic England, says: "Many people often think of listed buildings only as churches, castles and grand stately homes, but buildings like toilets are also an important part of our nation's rich history.

"The appearance of toilets like these represented the gradual opening up of a world of new leisure and work opportunities previously unavailable to women."

World Toilet Day 2019: Why are toilets so important?

Look at these weird toilets!

Tim Peake: How do astronauts go to the toilet in space?