BGT semi-finals: Ashley Banjo to sit in for Simon Cowell 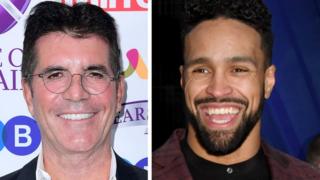 Diversity's Ashley Banjo will be replacing Simon Cowell as judge for the upcoming Britain's Got Talent semi-finals.

Ashley is sitting in for him as a guest judge while Simon recovers at home following a recent back operation - he had to have surgery after a bike accident in Los Angeles earlier this month. It means he won't be able to appear on the first semi-final, due to be filmed next week.

I remember being on that stage last year and talking about how it's been ten years since we won, and how people should never tell you, you can't do something. Walking on that stage as a 20-year-old street dancer from the streets of East London and now I am walking out there and stepping in for the big man!

Ashley and his dance group Diversity won Britain's Got Talent in 2009.

Since then, Ashley has been both performing and choreographing Diversity around the world, as well as presenting and appearing as a judge on different TV shows.

This year's BGT semi-finals will be very different, because of coronavirus and social distancing rules. They were due to be held in May but will now take place over five pre-recorded episodes.

Ant and Dec will host the semi-finals and Amanda Holden, Alesha Dixon and David Walliams will join Ashley at the judges' desk. 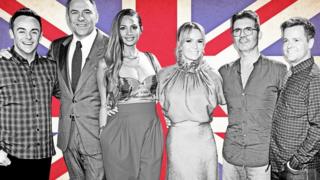 Eight contestants will perform in each semi-final and the judges will choose one act to go through. The second finalist will then be chosen via public vote when the episode airs.

Some acts will take part remotely via video link whilst others will perform in the TV studio - but there won't be a live audience.

Instead, all acts will be watched by a virtual one - with their performances live streamed into homes across the UK.

The virtual audiences' reactions will then be beamed into the studio on a giant screen. 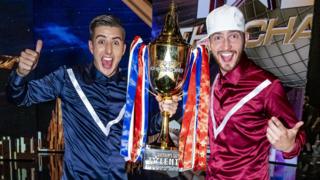 ITV
Twist and Pulse were crowned the winners of Britain's Got Talent: The Champions in 2019

Britain's Got Talent: The Finalists Revealed will be shown on ITV on Sunday 30 August, and the series will have a live final in October.

The champion will win a prize of £250,000 and get to perform at The Royal Variety Performance.

BGT: The acts that wowed us this week!

Britain's Got Talent: Are you excited for the new series?