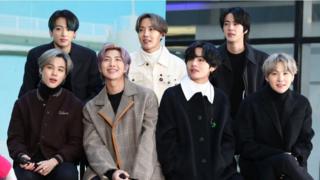 The video for Dynamite - BTS's first all-English single - has broken a YouTube record.

The single hit 98.3 million views in just 24 hours after its release. Now at well over 100 million views Dynamite is top of the trending videos.

The previous record for YouTube's most-viewed video in 24 hours had been held by another K-pop band, BLACKPINK. The music video for their single How You Like That had 86.3 million views within the first day of its release in June.

VOTE: Do you prefer real or virtual gigs?

Five things that happened at the Kids’ Choice Awards

The video for Dynamite is full of pastel colours and we don't just mean RM's blue hair! The song itself is disco-inspired and features the catchy lyric 'I'mma light it up like dynamite'.

Coronavirus has meant that plans for a BTS world tour had to be put on hold and RM said the pandemic had left the band feeling "powerless" and "frustrated".

"We call this our own recharge project," he said.

Everyone in the world is going through tough times right now, nobody expected this, and we ourselves couldn't do a lot of the things we had planned. We really wanted to be on stage, we wanted to meet our fans. 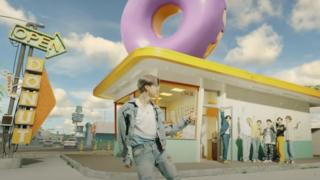 The BTS ARMY were out in force, sharing their appreciation for the new song with one comment on the video saying: "They have stepped out of their comfort zone and gave us such a blast song! AMAZING!"

Another said: "This is very good, the Army are very proud of BTS."

You can let us know what you think of the song and video in the comments.

Despite its incredible success it seems that the release of Dynamite was a spontaneous decision made by the band.

"Dynamite wasn't in our plans at all," said RM.

"As soon as we heard it, we thought it was really fun and exciting, a fun and cheery song that wasn't that serious. It just made us feel good when we heard it," he explained. "We really wanted to share this energy with the fans as soon as possible."

Although RM is fluent in English, most of the other BTS members are not, meaning that this first all-English single was a "new challenge for the group."

BTS has confirmed that their next album is still set to drop later this year, although there is not a release date yet.

135 comments
Back to top
unknown