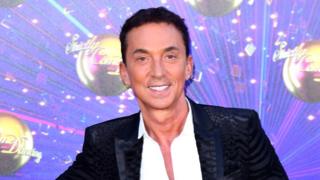 Strictly Come Dancing bosses have confirmed that Bruno Tonioli won't be on the judging panel for the live shows when the series returns later this year.

There have been lots of questions about whether or not he would be able to take part this year because he is currently in Los Angeles where he's on the panel for the US version of the show, Dancing With The Stars.

At the moment he can't travel back and forth to the UK because of coronavirus travel restrictions.

Bruno said: "I absolutely adore being part of Strictly and can't wait to see what incredible dancing this year has in store.

"Lockdown has resulted in me being in LA for the foreseeable, but I'm excited to be involved as much as I possibly can. There was no cha-cha-chance I'd miss out."

Why Strictly won't be on for as long this year 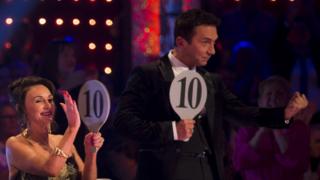 Fans of the flamboyant judge shouldn't be too disappointed though - Bruno will be involved "remotely" in the Sunday night results show each week.

He'll also planning to return to the show full time towards the end of the season.

Sarah James, executive producer for Strictly Come Dancing, said: "I'm overjoyed that we've found a way for Bruno to be part of this year's Strictly.

"His passion and enthusiasm are such a big part of the show, I'm thrilled we can continue to deliver that to audiences this year."

The Masked Singer is returning...with a new judge!

When Sofia met Angelina Jolie to chat all things film

Who's replacing Prue on Junior Bake Off?

The other three judges, Shirley Ballas, Motsi Mabuse and Craig Revel Horwood, are all expected to return when the show is back on our screens.

Bruno's absence won't be the only change this year, we already know the series will be shorter and while it usually starts at the end of September, its return is expected to be slightly delayed.

If you can't wait until then - there are lots of special programmes planned. Phew!

Strictly Come Dancing: Will this year's series have the show's first all-female couple?

Biden to become US president: The day in photos

Storm Christoph: Have you been affected by flooding?

National Penguin Day: How can we protect penguins?