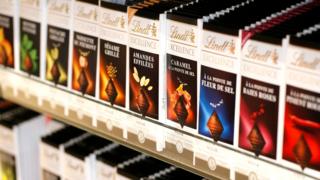 It's what sweet dreams are made of! A town in Switzerland was left covered in tiny bits of chocolate after a glitch at a Lindt factory.

It started snowing cocoa powder after the air-cooling system at the chocolate factory in Olten broke down.

The nibs, which are small pieces of crushed cocoa beans, are one of the basic ingredients that make chocolate.

Can you believe these things are made out of chocolate? 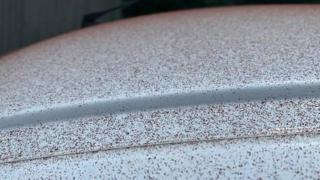 The chocolate powder spread around the area on Friday morning, helped by strong winds, dusting one car near the factory with a cocoa coating,

The company said the air system has now been fixed, and production has returned to normal.

It also stressed that the cocoa dust was completely harmless to people and the environment.

Why do we eat chocolate Easter eggs?

Your face in chocolate! The edible selfie that's totally yum

Company says it has made a new type of chocolate