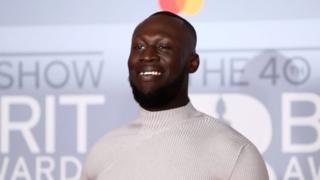 Stormzy has donated £500k to higher education to help people from underprivileged backgrounds.

It's through his charity, called the #Merky Foundation, and it from a £10 million fund set up by the musician to tackle racial inequality and injustice.

His gift to the Black Heart Foundation will will cover the cost of awarding cash grants to about 50 students, providing support to people of any age who need financial assistance to take part in any educational activity, not just those attending universities.

The #Merky Foundation campaign was set up last month in response to the Black Lives Matter movement with a goal to raise £500,000 from friends, supporters and the general public.

Po-Po the penguin picked up by police

The hope is that the money will help double the number of young people from under-resourced and under-represented communities with educational scholarships.

A spokesperson for the #Merky Foundation said: "The Black Heart Foundation is an incredible charity and we are proud to make them the first beneficiary to receive funding from our £10 million pledge, announced earlier this year."

Stormzy, whose real name is Michael Omari, has previously provided scholarships to help black students who are attending Cambridge University.

He has also set up a book publisher focused on releasing books from "underrepresented communities".

Belarus: Why are people protesting and what's happening in Belarus?

Marcus Rashford wants to get everyone cooking healthy food