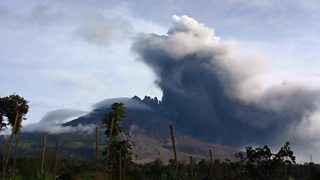 This volcano in Indonesia has erupted at least eight times in the last week!

Mount Sinabung on the island of Sumatra has been pumping huge plumes of ash 2.5 kilometres into the air.

It has led to serious warnings for air travel, and to fears of lava flows.

There's been no damage so far and no-one has been injured yet, but the smoke from the volcano is affecting islanders' air quality as ash has been lading on local villages.

Tourists and people living there have been told to wear masks and to stay at least 3km away from the volcano slopes. 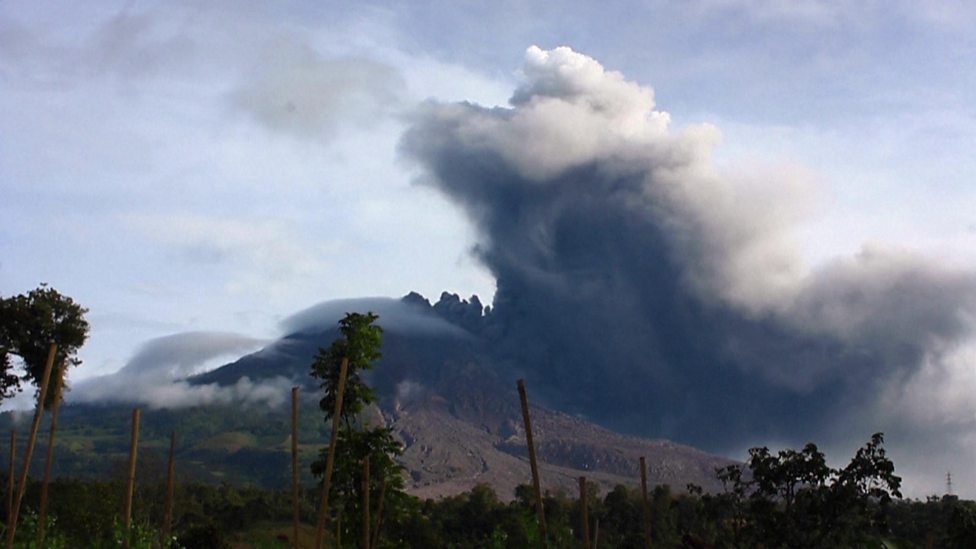