UK heatwave: What's going on with the weather?

The UK has seen some sweltering temperatures over the last week.

Some parts of the country have experienced some of the hottest weather they've recorded since the 1960s.

Temperatures in London reached a scorching 34 degrees or more for six days in a row. It's the first time it's happened since 1961.

The Met Office, which is the UK's national weather service, has issued yellow storm warnings for several places in England, Wales, parts of Northern Ireland and south-west Scotland following highs of more than 30 degrees.

Here's more on the weather

How do you predict the weather?

It's because the hot weather creates the perfect conditions for thunderstorms which creates blustery winds, lots of lightning and thunder and heavy downpours. Several parts of the UK have already been badly affected by the extreme weather. 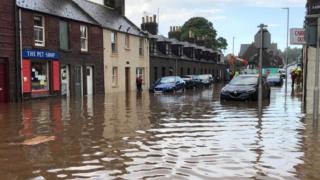 PA Media
Some parts of Scotland have been hit by floods

Scotland has seen lots of rain and lightning, with flooding in Perth and Aberdeen. The weather has also led to power outages and a major incident was declared in the country after a train derailed in Aberdeenshire following a landslide caused by the heavy rain.

Some parts of Wales have been hit by floods and south London was met with wind, rain and hail on Wednesday.

How long will the hot weather last? 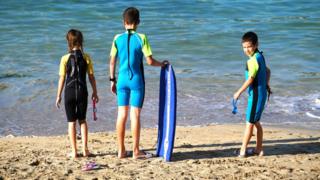 The hot weather is expected to stick around until the end of the week and heatwave conditions are expected to continue in southern parts of the UK.

It's also means more hot nights which have proven to be pretty uncomfortable for lots of people. 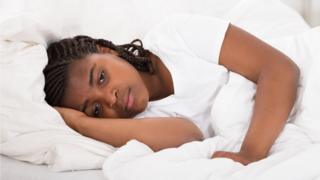 Tropical Nights is a term which describe nights where the temperatures is 20 degrees or above. August has seen four Tropical Nights already and there have been a total of five in 2020.

Have you been affected by the weather? Let us know how it's impacted you in the comments below.

Heatwave: How to keep pets cool in hot weather