Animal Crossing: Watch this YouTuber recreate The Simpsons intro in the game

A YouTuber has recreated The Simpsons intro in Animal Crossing.

He recently made The Simpsons intro, frame by frame, including moments like Bart writing on the chalkboard, Marge and Maggie in the car, and Lisa's saxophone solo.

"The Simpsons has always been one of my favourite shows ever since I was a kid, so when I started making cartoon intros in Animal Crossing I absolutely knew The Simpsons was one of the shows I would try to recreate." Matt said.

The video has now had more than 850,000 views, and fans have commented that they hope The Simpsons creators will use the video as an official guest intro for the show.

D'oh! Is this family the REAL Simpsons? 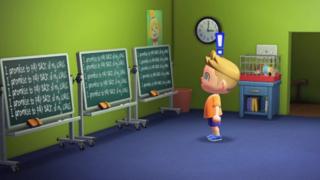 Great-Bit Arcade/Youtube
The scene where Bart writes on a chalkboard sees them writing: "I promise to pay back all my loans", which is a joke for fans of Animal Crossing, who have to pay back a big loan to Tom Nook.

Speaking about making the video Matt said: "This was a project that meant a lot to me and I wanted it to be as accurate as possible to the original Simpsons intro, while including as many small details as possible."

He said one of the most difficult things about making the video was trying to capture the charm, whilst staying within the limits of what is possible in Animal Crossing: "For instance, making Homer was difficult because there isn't an option to make a bald character in ACNH, so I had to figure out a work around. I ended up using a yellow swim cap to make his bald head and hoped everyone would play along!"

"It's always hard to choose which video to do next because I have such a long list of things I'd love to recreate in Animal Crossing! I'm always taking suggestions from my viewers on what they would like to see next, and it's often one of their favourite shows they mention." said Matt.

"Meanwhile I'm just thrilled that people are enjoying the videos I'm making. So as long as people keep asking for them, I'll keep making them!"

The Simpsons Theme Music is composed by Danny Elfman, and licensed to Fox Music.

Animal Crossing: How to jazz up the game with famous paintings