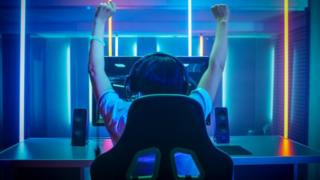 Video games often get a bit of bad rap.

You may have heard about gaming addictions and dodgy in-game purchases, but some new research suggests playing video games might actually be good for you.

The study, carried out by the National Literacy Trust (NLT), the Association of UK Interactive Entertainment (Ukie) - who represent companies working in the video games industry - and the book publishing company Penguin Random House, set out to explore the effects video games have on children's literacy at school.

How video games can help de-stress your family in quarantine

What did the study reveal?

The research revealed that playing video games can support young people when it comes to their literacy skills, creativity and empathy - that's the ability for someone to put his or herself in another person's shoes.

79% of the children who took part in the survey said they read lots of content about video games including books, reviews, blogs, in-game communications and fan fiction.

The research showed that gaming can make kids more creative. 63% of the young people involved said they write video game related content including scripts, top tips for other players and reviews.

58% of participants said they'd be up for writing or designing their very own video games and a third said they wanted more opportunities to read and write about video games at school.

The study also found that playing video games can help young people relate to others better, with 65% saying that gaming helped them imagine being someone else.

76% of those who took part in the study talk to their friends about gaming and this can help build better social connections. 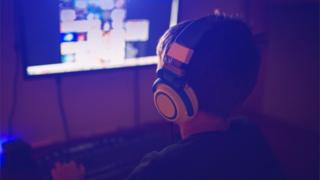 Gaming has also had a positive impact on the mental health of those surveyed. Lots of young people felt playing video games helped them deal better with stressful situations and negative emotions.

Scriptwriter, story designer and author Rhianna Pratchett has worked on games such as Heavenly Sword and Mirror's Edge and she understands first hand the positive impact gaming can have on people.

"Video games transport us into new worlds, new experiences and make us feel part of the story like no other medium. It's no surprise to see that young people's engagement with video games is at an all-time high," she said.

Are you a gamer? Would you say gaming has helped you and if so, in what ways? Let us know in the comments!

88 comments
Back to top
unknown