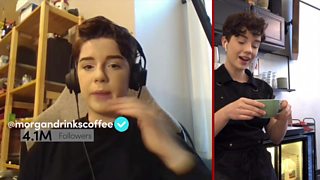 President Donald Trump says he plans to ban TikTok in the United States unless it is bought by an American company.

He has already signed an order banning anyone from doing business with the company from the end of September.

The video-sharing app is one of the fastest-growing social platforms in the world, and is used by 80 million Americans every month.

But some, including the president, worry that the app - which is owned by a Chinese company - is gathering data on users that could be used for spying by the Chinese government. The company denies this.

We spoke to some TikTok users in America to see what they thought about the controversy.