The Queen thanks the Red Cross for 150 years of service 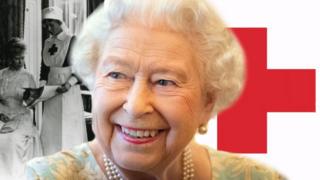 The Queen has paid tribute to the British Red Cross on its 150th anniversary.

The Queen has written a special letter to the charity's staff and volunteers to thank them for work they've done over the years.

She said the charity's contributions are "recognised, valued and greatly appreciated".

Prince Charles, who is president of the British Red Cross, has also marked the occasion by speaking out on the impact the organisation has had on society today.

What does the British Red Cross do? 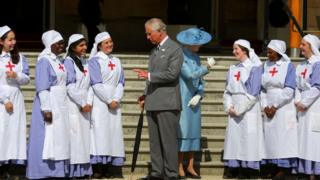 The British Red Cross is part of the International Red Cross and Red Crescent Movement which is the largest network of its kind with millions of volunteers worldwide.

The UK-based charity is dedicated to helping thousands of people right across the world during times of crisis.

It's helped people who've been affected by flooding, supported refugees, assisted elderly people who need help living and moving around independently and it also teaches first aid to thousands of people each year. 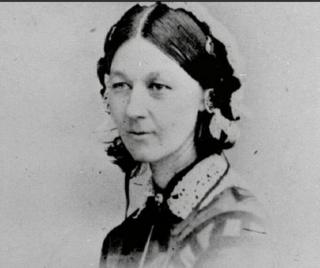 The British Red Cross has welcomed support from volunteers since it was first established back in 1870.

Some of the most famous include Florence Nightingale, Princess Sophia Duleep Singh, who was Queen Victoria's goddaughter, and Dr John Alcindor, a black doctor and activist from Trinidad who faced discrimination while helping wounded soldiers during the First World War.

"The British Red Cross has been helping people in crisis for 150 years; through two World Wars, working hand in hand with the NHS since its creation in 1948 and today in communities across the UK and overseas during the Covid-19 pandemic," said Mike Adamson who is the charity's chief executive.

"Throughout our history it is the kindness of our volunteers, as well as the generosity of our supporters that has meant we can be there for people when they need us most, wherever they are and whomever they may be."

First aid will be taught in schools from September 2020

UK floods: We talk to kids affected in Doncaster